Flextronics International (NASDAQ:FLEX) stock is poised to outperform the market. The company has already beaten the street estimates as many analysts were not expecting such high dividends emanating from improvement in the quality of its sales mix and streamlining its investment portfolio. The current opportunity arises due to the prevailing bearish trends in the global equity markets.

By concentrating on higher margin segments, FLEX has increased its margins. Further, the company has also cut its administrative costs. Business group performance in the latest quarter shows healthy growth in profitability.

Improvement in the inventory management, together with greater discipline in net capital expenditure, FLEX has exponentially geared up its adjusted free cash flows over the span of one year. 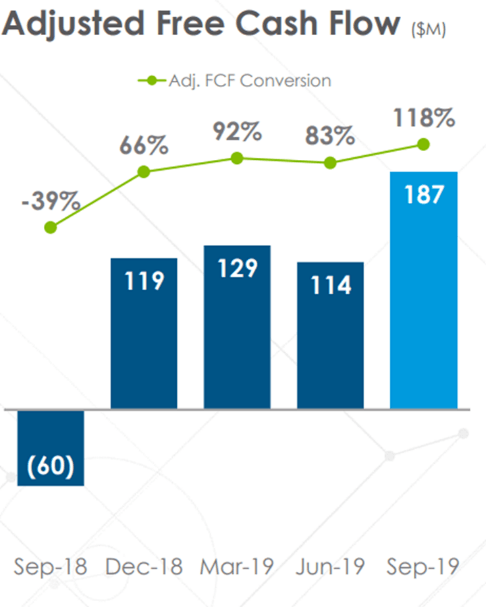 The revenue of the company is at an all-time high as the net sales from three segments registered an increase except for Consumer Technology Group (CTG) segment. However, it is to be noted that CTG was a low-margin segment (i.e. 1.9 percent), and under the current portfolio reorganization, the management of the company is focusing more towards higher margin segments in order to improve its gross and net margins. 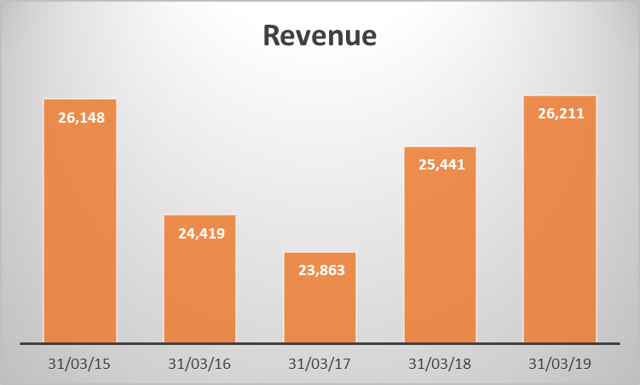 According to the management, the company is expected to retire most of its long-term debt by CY22. Such a step alone will further improve its credit rating. It is to be noted that the company already has a lower average cost of debt, which is averaged at ~4.20 percent. And FLEX is rated as “investment grade” according to Moody’s and Fitch.

This also implies that the company can undertake more long-term positive risk-adjusted ventures and thus increase its ROE. 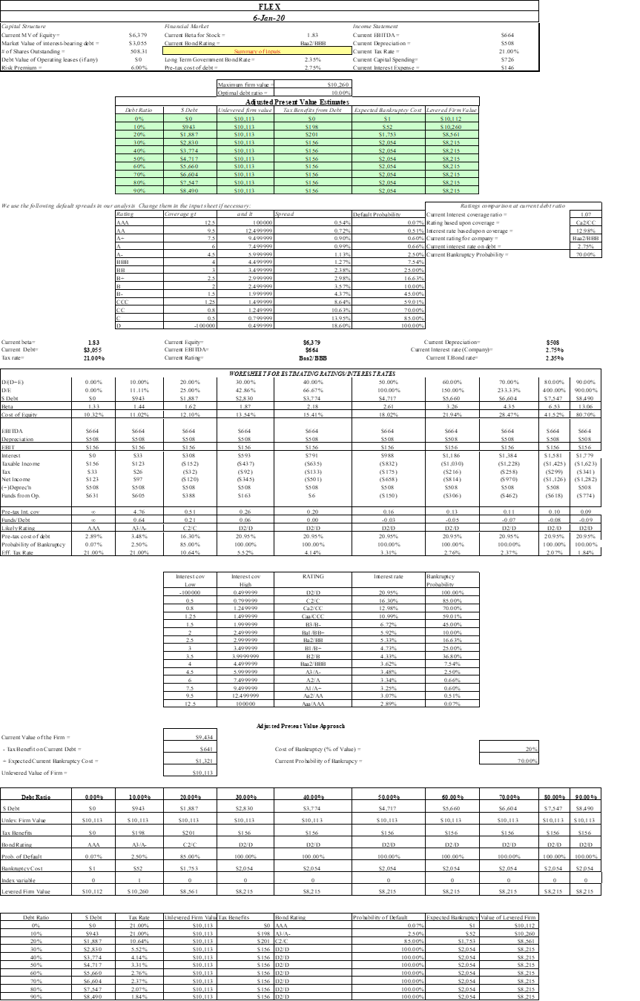 Explanation And Result Of The Model

The above model shows the current debt ratio of the firm and its associated probability of bankruptcy. Although the company is having higher interest coverage ratio, this ratio is expected to decline substantially, owing to retirement of the debt in the recent future. The excerpt from the company’s annual report is illustrated below. 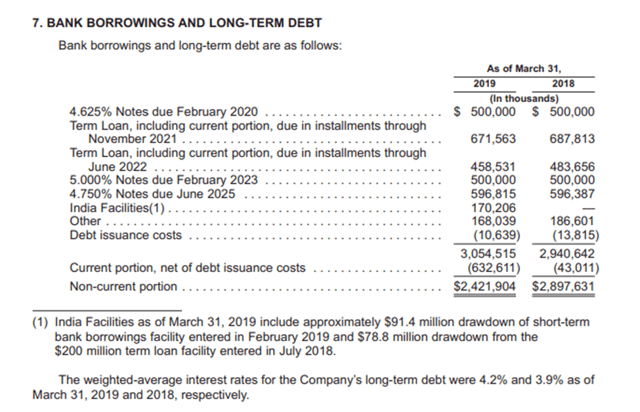 It is noteworthy to mention that a rise in weighted-average interest rates to 4.2 percent is primarily attributed to the short-term bank borrowing in India. This is because the policy rate of India averaged around 5.5 percent during the year of borrowing as compared to 1.5 percent of the United States Fed rate. Hence, it is prudent for the company to acquire its debt finance from counties with lower debt costs.

Going forward, if we incorporate future rising earnings together with dwindling interest expense, the expected interest coverage ratio will rise. Such an improvement in liquidity and solvency ratios would inevitably lower the financial risks of the entity. Hence, the cost of equity is bound to come down.

In the latest development, the company is considering $500 million in investment in India as it is shifting its operations out of China. Apparently, the decision is taken on the back of a cut in corporate tax rates in India, and it is also to be noted that the company has already established its operations in this country. However, I believe the company is poised to hold its investments amidst the political turmoil in India.

According to my assessment, this political turbulence is not going to taper away any soon as such political crisis is related to issues that are very sensitive and communal in nature. Therefore, the company might be compelled to defer its plans related to the investment in India.

Keeping the above factors into consideration, FLEX is expected to trade at $14 over the investment horizon of one year, giving a return of 11.46 percent to the recent closing. For investors, this might be a golden opportunity as there is a bearish spell all over the global equity markets. This is due to the recent crisis that is emanating from the hearth of the Middle East.

5/5 © Reuters. A woman walks over pipelines crisscrossing Ogoniland in Rivers State 2/5 By Libby George UGHELLI, Delta State, Nigeria (Reuters) – Jonah Gbemre often has no electricity, but he says his home is […]