British American Tobacco (BTI) is facing headwinds at this time due to COVID-19 and the trend towards a decline in tobacco intake. However, investors have a variety of reasons for considering this stock at the present time.

One could be forgiven for thinking otherwise. After all, the impact of COVID-19 on the global economy is by now well understood. And British American Tobacco, the second-largest tobacco company in the U.S. and the second-largest in the world, is not immune. Customer spending in general has become more constrained, which of course has impacted revenue, but that does not tell the whole story.

With international flights now restricted, purchases of duty-free tobacco have declined. In addition, sales in emerging markets have also suffered – the tobacco sales ban in South Africa, imposed as a means of coping with COVID-19, was directly cited by British American Tobacco as having impacted 1H 2020 results. The severity of the lockdown in other markets has adversely affected sales there too, though conversely Brazil has seen a reduction in illicit trade due to closed borders, and this has helped sales there.

“Other risks, currently regarded as less material, could become material in the future.”

Of greater note over the long term than all of the above, however, is the decline in smoking generally among the U.S. population for health reasons. According to the American Lung Association, cigarette smoking rates fell from 42.6% in 1965 to 13.7% in 2018 among adults, and from 27.5% in 1991 to 8.8% in 2017 among youth. In both cases, a 68% fall was recorded for the respective timelines.

As the U.S. is British American Tobacco’s largest market by revenue, this trend is not a welcome one.

And yet, despite all of the above, there are reasons to invest in British American Tobacco. First, the firm retains its no. 2 position in the U.S. tobacco market – second only to Philip Morris International (PM) in the U.S. and internationally – which it obtained after the 2017 acquisition of Reynolds American Inc. (RAI) for $49 billion.

Despite the decline of the general tobacco market, brands such as Camel, Dunhill, Kent, Lucky Strike, Natural American Spirit, Newport, Pall Mall, and Rothmans all continue to contribute profits to British American Tobacco’s bottom line, as recently proved by the 1H 2020 revenue of £12.271 billion ($16.06 billion) and net income of £3.46 billion ($4.53 billion), as well as the 36.14% operating margin and the reported free cash flow of £2.56 billion ($3.35 billion).

The 1H 2020 results show decent continuity with the steady profitability exhibited by the revenue and net income figures reported over the past five years.

British American Tobacco has not been complacent in addressing the decline in tobacco intake. It has diversified its offerings to e-cigarettes (Vuse, Vype) and oral tobacco products (Epok, Lyft) to try and stimulate growth. However, as earnings-per-share growth (3-5 year CAGR) is projected to be 6.08%, growth investors are unlikely to be excited by this. That could change, though, if British American Tobacco’s plant-based COVID-19 vaccine research bears fruit.

Income investors, however, will likely be interested in British American Tobacco’s dividend record. Shareholders have been rewarded with consecutively rising dividends since at least 1997, though ADR holders will only see two consecutive years due to currency fluctuations affecting the distributions. The distributions, in any case, are unlikely to be severely impacted with a payout ratio of 26.90%. 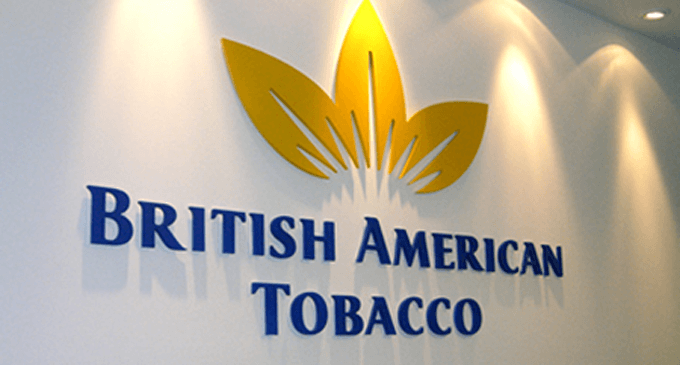 British American Tobacco has raised its dividend consecutively since 1997. Image provided by the Fiji Sun.

However, no investment is worth paying any price for, particularly a tobacco stock. The question of valuation must now be addressed.

At close of market on 08/21/2020, British American Tobacco traded at a share price of $33.82 with a trailing P/E of 9.37 based on earnings per share of $3.61, and a forward P/E of 7.78 based on projected earnings per share of $4.35. Both metrics are lower than the five-year average P/E of 13.70, and the current dividend yield of 8.01% is higher than the five-year average dividend yield of 4.81%. Furthermore, both metrics are also lower than the beverage and tobacco product manufacturing sub-sector average of 73.23 and the S&P 500 (SPY) average of 29.00. On most metrics, British American Tobacco appears on balance to be undervalued.

In summary, British American Tobacco retains second-place in the U.S. tobacco market, and despite issues linked to COVID-19, legal probes, and secular declines in tobacco intake, its profitability, diversification into different areas for growth, and strong balance sheet should enable it to maintain its dividend streak. Furthermore, it is an attractive stock at a 37% discount to fair value. Value investors and income investors, therefore, should seriously consider this tobacco stock as it is far from out of puff.