We had an atypically volatile move in gold last. However, we see gold is moving higher once again, and is now trading decisively above $2,000 resistance. We also see a constructive upward trajectory developing here in gold as well. 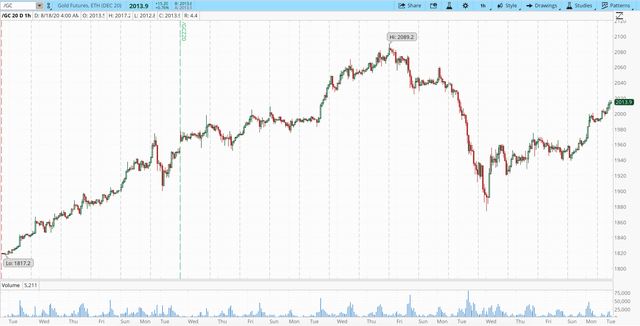 The unexpected release of a largely untested C-virus vaccine in Russia reportedly “shocked researchers“. However, that is not all it did, as it created a perfect opportunity to take short term profits in gold as well as in GSMs in general.

We discussed the bearish forming patterns suggestive of a short-term correction back on August 10th in our group chat. 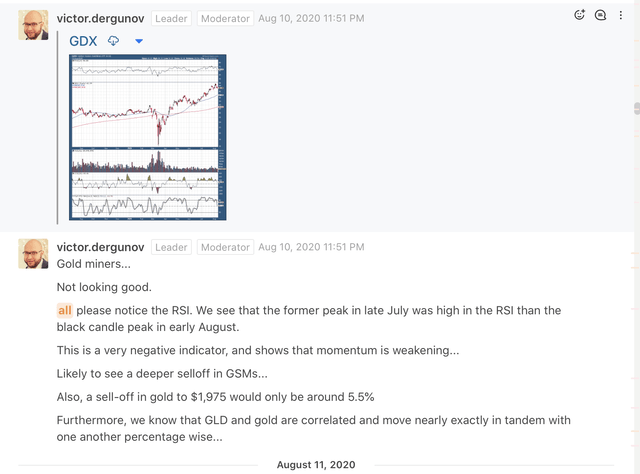 We noticed that the RSI divergence as well as other technical indicators in VanEck Vectors Gold Miners ETF (GDX) were strongly implying that a correction was ready to begin. We also noticed a big gap lower in SPDR Gold Shares (GLD), which filled at around the $180-$178, as we suggested it could around the recent top in gold/GLD. 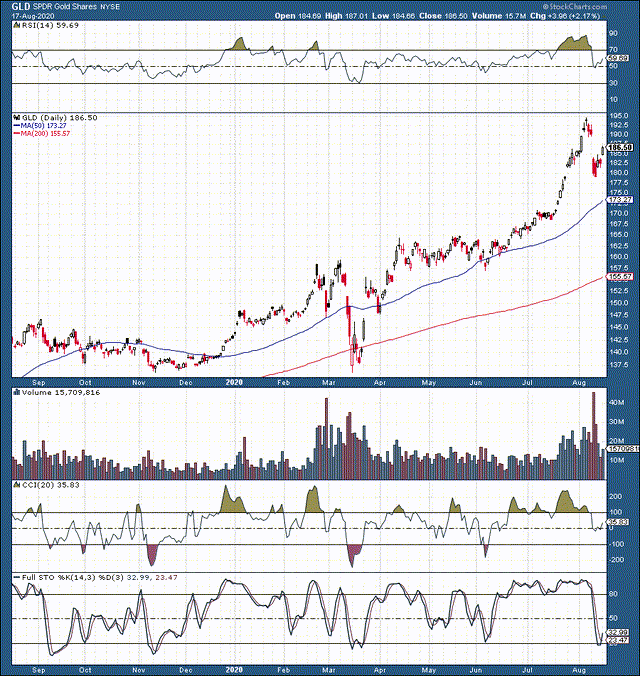 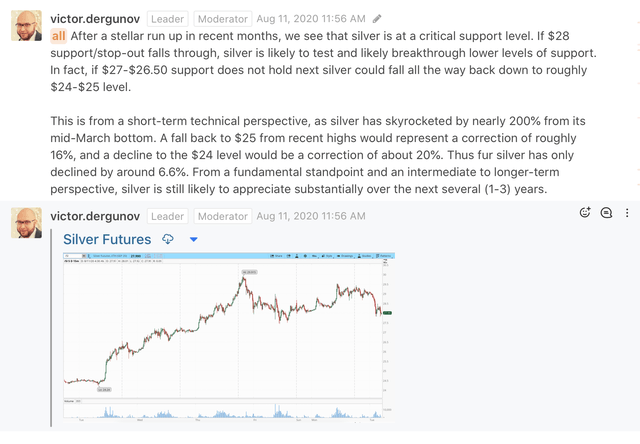 The good news is that GSMs are climbing relentlessly higher once again. The news of the Russian vaccine may be significant. Yet, it is unclear which countries (if any outside of Russia) will allow its use. Vaccines are big business, and poorly tested ones are not likely to be an acceptable option in the West. Furthermore, there are numerous companies including one in the U.S. and in Europe that are developing their own vaccines right now. These are likely to go through more rigorous testing trials, and are likely to reach market later as well. However, they could be safer, but perhaps more importantly, introduction of C-virus vaccines are likely to produce blockbuster financial results for some Western pharmaceutical corporations.

Additionally, regardless of whether there is a vaccine or not, there are still a lot of unknowns about its potential efficacy, dangers, production on a mass scale, etc. 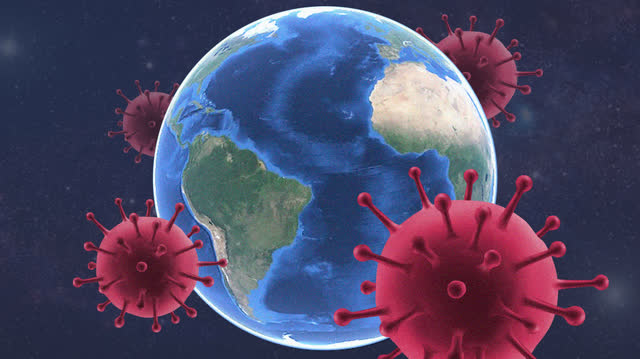 Finally, our thesis concerning higher GSM prices is not predicated on the introduction of a vaccine, but is rather oriented on the perpetual monetary expansion by the Fed as well as by other central banks.

Gold: A Better Bet Than Bonds

We expect inflation to continue to move higher as more and more liquidity enters markets. Gold remains the ultimate inflation hedge/safe haven asset, and under current economic and monetary conditions appears much more attractive than Government issued bonds, most of which bring in a negative yield once adjusted for inflation.

I don’t think the Fed is going to raise rates any time soon. With roughly 154% debt to GDP ratio, the Fed may not raise rates for very a long time (possibly ever). In fact, I am in the camp that believes the Fed is going to eventually introduce negative rates as we see in Japan and in parts of Europe. I am also not ruling out the possibility of introduction of more liquidity (by the Fed) to buy stocks, ETFs, and other “unconventional assets” to support financial markets in the further.

Therefore, the fundamental backdrop for gold/GSMs remains extremely constructive in the intermediate and longer-term. GSMs ran up too fast, and experienced a healthy, transitory correction. This was a significant buying opportunity in my view, as gold is likely to proceed to new ATHs from here. Some of our favorite GSM names include: 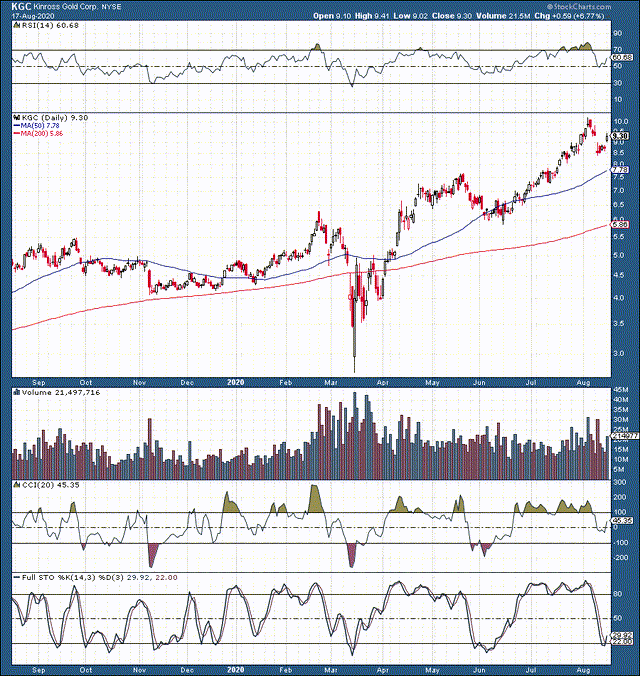 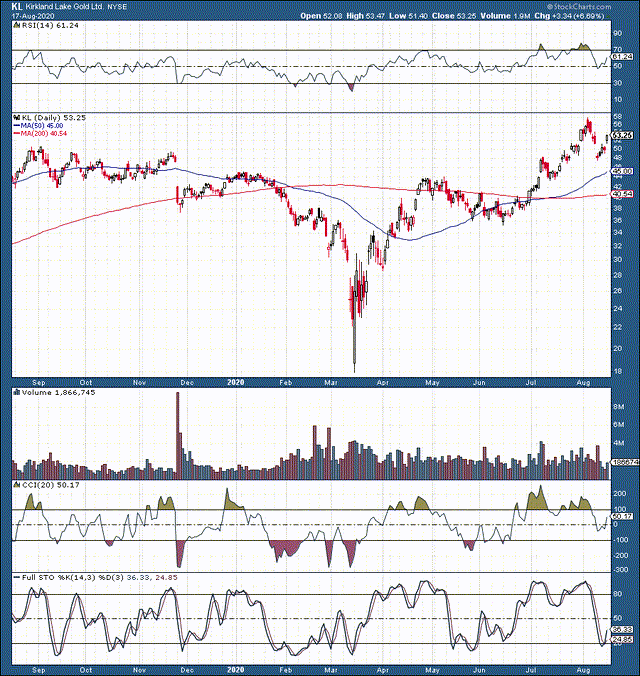 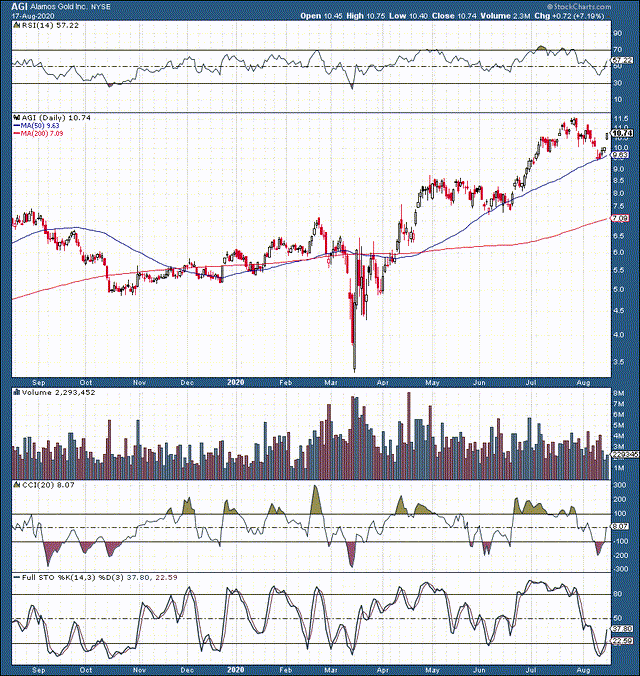 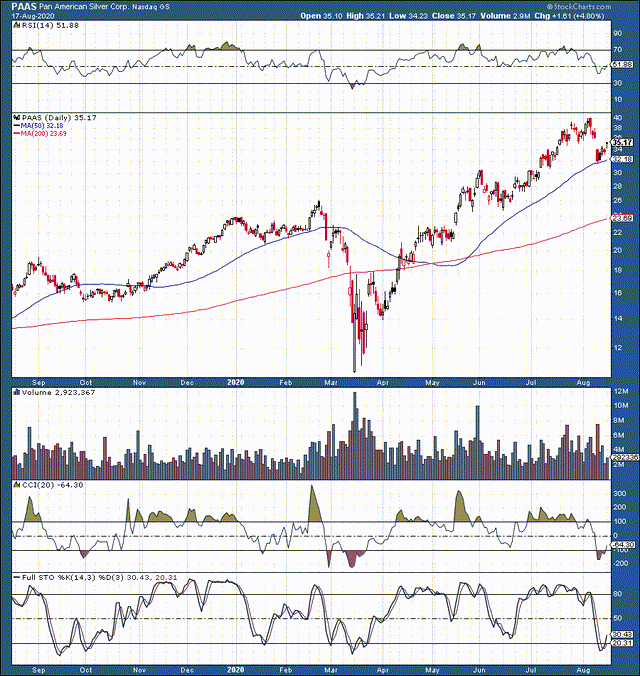 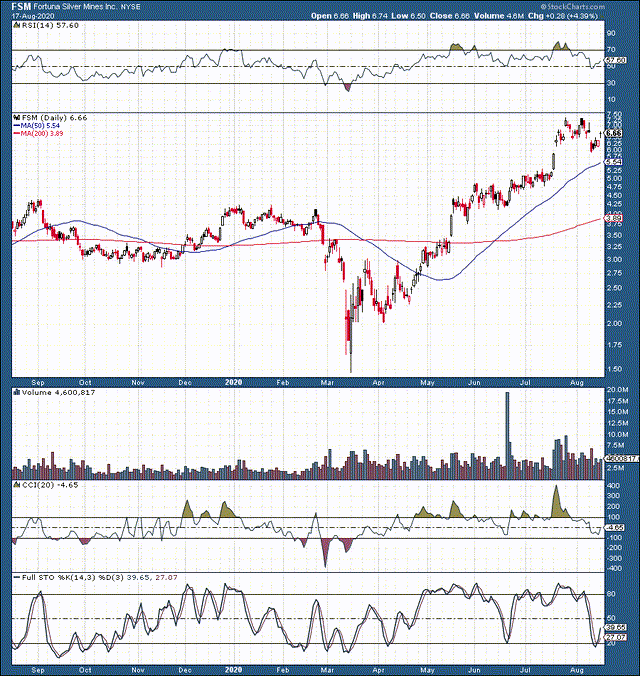 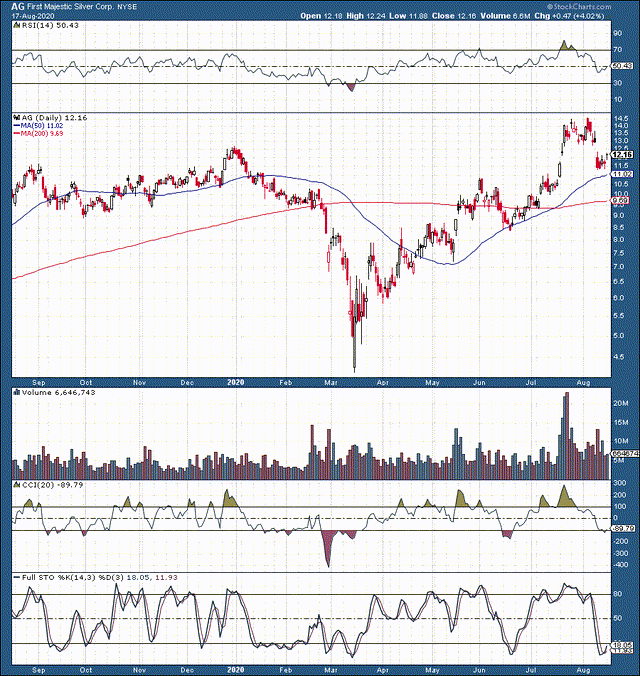 Our GSM position is at roughly 27% of portfolio holdings right now. We are content with a position of this size and do not plan to make any changes in the near future unless market dynamics begin to change notably. Other notable positions include Bitcoin/altcoins, as well as some non-GSM stocks in sectors such as technology, healthcare, banking, and others.

Given the current economic atmosphere we see short to intermediate term risk potential for most non-GSM equities due to the uncertain atmosphere surrounding the overall economy and its growth prospects. However, we see far more short, intermediate, and longer-term potential in GSMs relative to most major market averages/non-GSM stocks due to continuous Fed and other central bank easing as well as an overall favorable backdrop for gold in general.

Want the whole picture? If you would like full articles that include technical analysis, trade triggers, portfolio strategies, options insight, and much more, consider joining Albright Investment Group!

Disclosure: I am/we are long KGC, KL, AGI, PAAS, AG, AGI, FSM, GDX. I wrote this article myself, and it expresses my own opinions. I am not receiving compensation for it (other than from Seeking Alpha). I have no business relationship with any company whose stock is mentioned in this article.

Additional disclosure: This article expresses solely my opinions, is produced for informational purposes only and is not a recommendation to buy or sell any securities. Please always conduct your own research before making any investment decisions.

Replacement joints and complementary products for the extremities make up one of the best growth markets within orthopedics, but it’s not an easy market in which to sustain success – small, innovative startups are disrupting […]