Given the circumstances, Kohl’s (KSS) headline second-quarter results were not all that bad. While analysts expected to see revenue decline of 26% YOY, the retailer delivered a less impactful drop of 23%. On the earnings side, projected loss of 88 cents per share proved overly cautious compared to the 25-cent adjusted loss that the company managed to deliver.

But as I stated in my earnings preview, “shareholders will probably be paying more attention to the pace of recovery going forward than to the results of the most recent quarter.” In that regard, I don’t believe investors have many reasons to be very bullish about the company and the stock.

Starting from the top line, I was impressed to see e-commerce rise nearly 60%. Even more impressive were digital sales that accounted for 41% of second-quarter revenues. Compared to peers Macy’s (M) and Nordstrom (JWN), Kohl’s e-commerce as a proportion of total revenues was a bit on the lighter side pre-pandemic. Therefore, it was good to see the channel thrive as much as it did and help to lift the top line when it mattered most.

Otherwise, Kohl’s balance sheet continues to look relatively strong. Despite the pandemic, the company’s net debt position has improved YOY, as the chart below suggests. While liquidity shot through the roof due to debt issuance, cash flow has remained quite robust due to a combination of factors: from working capital management to asset monetization. As a result, I believe investors should feel comfortable about Kohl’s ability to survive in the short-to-mid-term future. 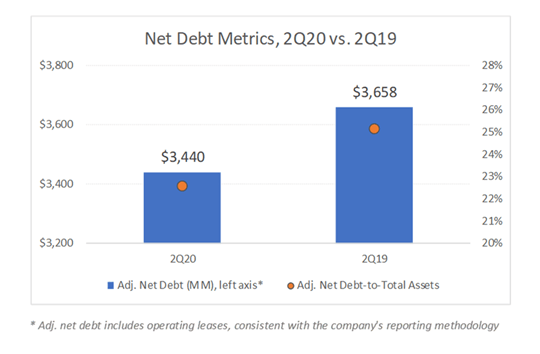 The bad and the ugly

Unfortunately, there was plenty about Kohl’s earnings results and earnings call discussions that I believe should worry investors.

First, the strong results in e-commerce masked the pitiful performance of the brick-and-mortar channel. Here’s some quick math: if only 59% of 2Q20 sales came from physical stores compared to 80% this time last year, the YOY revenue decline in the channel must have been 43%. The number is staggering, in my view, considering that stores began to reopen (albeit slowly) as early as the first week of May.

Second, gross margin dropped by over five percentage points YOY (see table below), which was even worse than the first quarter’s contraction ex-inventory write-off. To make matters worse, I believe that much of the margin weakness will probably last well beyond the next few months.

For instance, just about half of the decline in profitability can be attributed to higher shipping costs, which is unlikely to return to a pre-pandemic normal given the popularity of the digital channel. The other half of the dip was credited to mix shifting to the home category (not much of a concern, in my opinion) and promotional activity. The latter suggests substantially reduced demand for goods, particularly in the important women’s department. 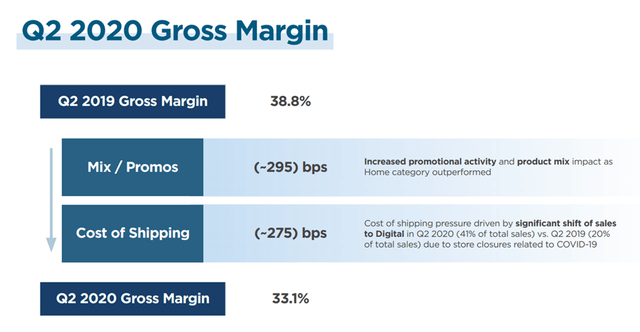 In an environment of lower margins for longer, Kohl’s EPS could suffer greatly. I calculate that, for every 100-bp reduction in gross margin and assuming normalized revenues, the impact to annual net earnings can be as high as $1.00 per share – roughly one-fifth of last year’s bottom line number. Add to these headwinds a 50% increase in interest expenses caused by new debt issued in 2020 (another $0.50 in EPS drag, per my estimate), and one can see how it may take very long for Kohl’s to return to its former glory.

For KSS to climb higher and recoup some of its losses (shares were still about 50% below the current-year high before earnings day), I believe investors needed to hear an upbeat story regarding second-half performance. However, management provided little reassurance that trends have been improving much in the past few weeks. Instead, investors were greeted with:

To re-emphasize, I don’t think that Kohl’s second-quarter performance was disastrous. The company has at least managed to tread water from balance sheet and cash generation perspectives. However, regarding the path forward, it looks like the retailer will need to reset its operations, which probably includes: (1) turning over inventory to adapt to new shopping trends, (2) adapting to a higher-cost environment due to higher digital sales and less scale, and (3) even re-thinking the physical footprint, something that I believe the management team will need to address at some point.

Because the light at the end of the tunnel is not shining bright quite yet, and because a return to “business as usual” (certainly from an earnings perspective) will likely take many quarters, I maintain the same bearish stance on KSS that I have had since August 2019.

Beating the market by a mile

I do not own KSS because I believe I can create superior risk-adjusted returns using a different strategy. Through this approach, I have outperformed the S&P 500 since inception by a very wide margin.

To dig deeper into how I have built a risk-diversified portfolio designed and back-tested to generate market-like returns with lower risk, join my Storm-Resistant Growth group. Take advantage of the 14-day free trial, read all the content written to date and get immediate access to the community. 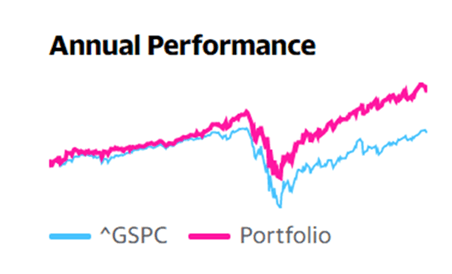