Western Digital’s (WDC) latest quarterly report contained a lot of positives. For instance, revenue and net income improved considerably, both QoQ and YoY. Yet the stock sold off in the aftermath of the earnings release after management alluded to the possible return of something the company has struggled with many times before. What that is will be covered next.

WDC continues to recover from the lingering effects of a prior downcycle in the data storage industry with demand and prices going down. Quarterly revenue shrank for five consecutive quarters, from Q3 2018 to Q3 2019. The results for the last two quarters of FY2020 are much better than the two before.

Furthermore, WDC reported progress in several areas, such as enterprise SSDs, gaming and energy-assisted HDDs. But despite the gains, WDC has dropped by about 20% in response and is down almost 44% YTD. The reason why can be found in the earnings call.

Unlike the upbeat headline numbers, the Q4 earnings call portrayed a different picture in terms of outlook. For instance, data center demand has been very strong and suppliers like WDC have been able to boost exabyte shipments. But while WDC remains optimistic about the cloud’s long-term prospects, it expects demand to weaken short term due to the need to digest what has already been shipped. From the Q4 earnings call:

A transcript of the Q4 FY2020 earnings call can be found here.

WDC points out that the amount of exabytes shipped has been running above the long-term goal of 35% CAGR. It will take some time to absorb excess inventories.

“we see 35% CAGR exabyte growth in that market for years to come. We’re coming off of a couple of quarters of significantly above that. It’s not surprising we would go through a little bit of time where all of that capacity gets deployed.”

WDC sees headwinds ahead for the data storage industry. Both HDD and NAND flash memory will be affected.

“But we definitely have pressures on the hard drive side. And I would say, on the flash side, we’re seeing pressures, primarily on price and a little bit of mix.”

On a more positive note, WDC believes that current market conditions are not as bad as a couple of years ago. Suppliers are trying to maintain a balance between supply and demand.

“the supply and demand imbalance is nothing like it was then today. So I think everybody is behaving pretty rationally. We still see the industry growing bits and then bits both supply and demand in the neighborhood of 25% to 30%, and that’s our intention as well.”

While COVID-19 has and continues to cause problems, the long-term effect of the pandemic is seen as positive for WDC.

“next quarter we see some challenges given COVID, given the state of the economy, given all the demand we’ve seen in the first half and the inventory rationalizations and digestions that are going on. But in all of those markets, we see very good long-term trends. And so it’s a question of how fast that comes back. But I think the pandemic has shown us the amount that all of us are relying on technology.”

Basically, WDC remains optimistic about the industry’s long-term prospects. If there are hiccups, they will be temporary. But it cannot know for sure how long they will last.

Why another downturn could last longer this time

WDC is not alone in seeing headwinds ahead. There are others that feel the same way. For instance, Trendforce predicts that NAND prices will weaken due to oversupply. The irony here is that a positive price environment is what led to the latest upturn in the storage industry and NAND in particular.

But the same positive price environment is sowing the seeds for the next downturn. When prices are weak, manufacturers pull back on supply growth to support prices. But as prices recover, manufacturers no longer have an incentive to restrain output and prices begin to weaken. This issue was covered in greater detail in a previous article.

If there’s another downturn, the industry may not be able to get out of it the way it used to in the past. That’s because there’s a new player on the scene. China’s YMTC recently announced that it has kicked off construction of its next phase, which will see its Wuhan fab capacity expand from 100,000 to 300,000 12-inch wafers per month. When completed, it will equal about one-fifth of global NAND output at the end of 2019.

Process technology is being upgraded along with capacity. YMTC currently produces 64-layers TLC 3D-NAND memory chips. But its roadmap calls for mass production of 128-layers NAND later this year and 192-layers in the second half of 2021. Going from 64L to 128L could double bit supply, even before any additional wafer starts.

All these improvements in technology and capacity will have consequences for WDC. It forces competitors to upgrade their process technology at a faster pace to keep up, something that they may be reluctant to do as it increases bit supply growth more than they would like to. It used to be that industry players like Samsung, SK Hynix, Kioxia, Micron (MU) and Intel (INTC) could limit output growth to prop up prices.

But the addition of YMTC makes that tactic less viable. Unlike others, YMTC may not be so inclined to slow down expansion for a number of reasons. If YMTC keeps on expanding as it plans to, the NAND market may remain depressed for a lot longer than in the past. A previous article elaborates on this issue and why another downturn is likely. 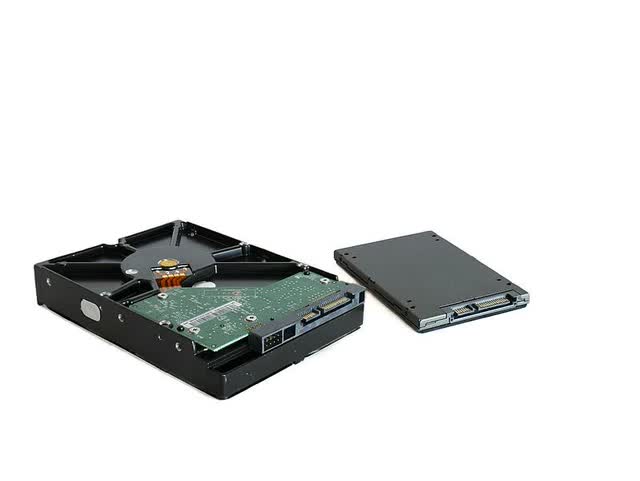 The data storage industry tends to go through cycles and the last few quarters have been good. NAND prices in particular have improved. Many industry players like WDC and Samsung have reported improved earnings as a result. Based on this, one could say that the industry has recovered from the downturn of 2018 and 2019. But if WDC and others are to be believed, another downturn may be coming.

The same factors that helped WDC previously could now turn against it. For instance, exabytes shipped has jumped in recent quarters. This needs to be digested, which takes time and reduces demand. Better prices have helped recent earnings, but also encourages more supply. Supply gets ahead of demand and you get an oversupply.

Quite a few people are bullish on stocks like WDC due to the perception that the need for storage is huge and will continue to remain so thanks to Big Data, 5G and so on. But this argument focuses too much on the demand side and not enough on the supply side. Demand for storage is growing, but technological progress has been able to advance even faster.

For instance, Seagate is betting on HAMR to revolutionize HDD areal density. While WDC has not yet deployed MAMR as scheduled, it’s improving its existing product lineup with the introduction of energy-assisted HDDs. NAND technology is progressing even faster. And whatever happens in NAND will inevitably affect HDDs since they’re competitors.

Technological progress has given bit supply growth an edge on bit demand growth. This pressures prices, which hurts suppliers. The NAND industry has been able to counter this downward pressure by exercising restraint with bit supply growth, particularly with fab capacity and process technology.

This solution has worked okay thus far, but the entrance of YMTC may render it ineffective in the future. Unlike other suppliers, YMTC seems to be motivated by the desire to make sure that companies in China cannot be pressured through sanctions. The U.S. government is trying to restrict the supply of semiconductor chips to Chinese companies like Huawei. But this strategy becomes ineffective if China has domestic suppliers than can replace external suppliers. This is where YMTC comes in.

YMTC ramping up capacity and technology forces competitors to do things they would probably not do otherwise. Like introducing new process nodes quicker. Intense competition will accelerate the pace of technological innovation, which benefits the consumer who gets more for less. But it will also aggravate the next downturn in an already worsening business environment.

I am neutral on WDC. The industry looks to be heading for another downturn, not long after the previous one made its mark. The next downturn in NAND and the data storage industry by extension could not only last much longer than prior episodes, but could even force at least one player out of the market. What was done in the past to end a downturn may not work this time with YMTC around. The other option is a price war to reduce the competition.

Six companies currently control the NAND market, but there may not be enough room for everyone to get out of the next downturn. At least some may have to go for the market to truly recover. Meanwhile, companies will have a tough time with earnings while the race is on for a new equilibrium. While WDC is likely to remain, weak quarterly earnings could be around for longer than before since time is needed to find an acceptable solution for market participants. Not the best of an environment for WDC.

Thesis Chegg (NYSE:CHGG) has transformed itself from a textbook provider well-known to college students into a digital-first education provider. The crown jewel is Chegg Study, which is a content machine that keeps giving. Chegg grew […]