GeoPark (NYSE: GPRK) is a small-cap oil company with a market capitalization of less than $500 million. The company has been punished significantly by COVID-19. However, as the first true Latin American independent oil company, which we believe to be the next major oil region, the company has significant long-term potential.

GeoPark has a strong track record of growing and rewarding shareholders, despite the COVID-19 related downturn. 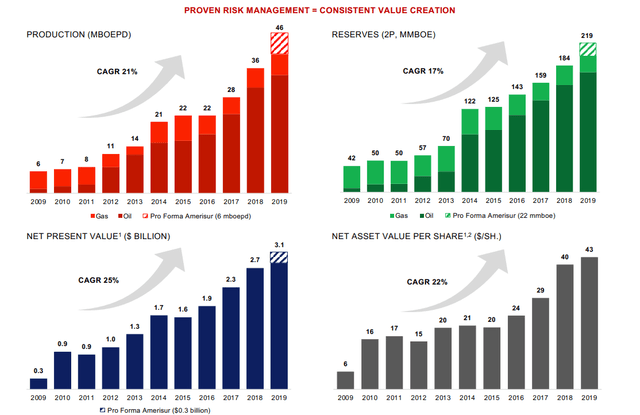 GeoPark has grown production at 21% annualized and reserves at 17% annualized. Maintaining that strong growth in reserves on the basis of continued production is impressive. As a result, the company has managed to grow NPV at an astounding 25% annualized. That means 6x the company’s current market capitalization.

The company’s NAV/share is $43/share versus just over $8/share in current share price. The company has significant long-term potential. The company continues to have a strong success rate with its drilling with low costs across the board. The company’s finding and development costs combined with operating expenses come out to roughly $9/barrel. 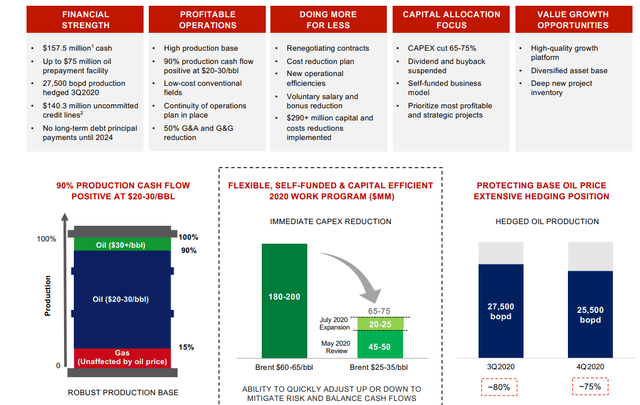 GeoPark has $157.5 million in cash along with a $75 million oil prepayment facility, should it need it. The company had 27.5 thousand barrels/day in hedged 3Q 2020 production. The company has no long-term debt principal payments until 2024 and $140.3 million in uncommitted credit lines. That leaves the company well-positioned for the downturn.

The company continues to have 75-80% of its production hedged for the rest of year, which will maintain cash flow as volatility continues.

GeoPark’s efficient growth in cash generation is incredibly strong and worth paying close attention to. 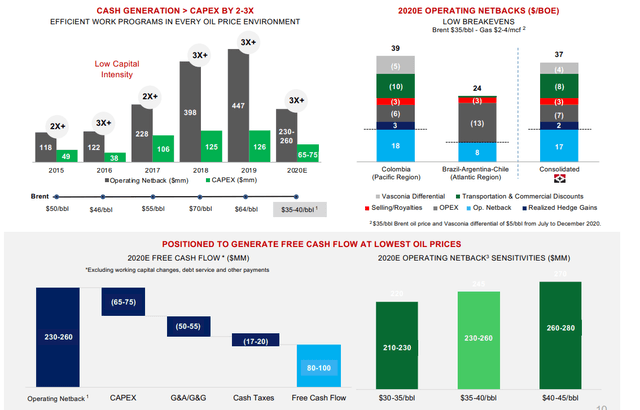 GeoPark expects to be FCF positive at 2020 as a result of its changes. The company’s operating netback with new capital spending will still result in roughly $90 million in FCF at the midpoint. Versus a market capitalization of less than $500 million that’s a near 20% FCF yield. That assumes $35-40/barrel average oil prices, which could expand significantly.

GeoPark at the same time has a balance sheet that’s more than capable of handling the downturn. 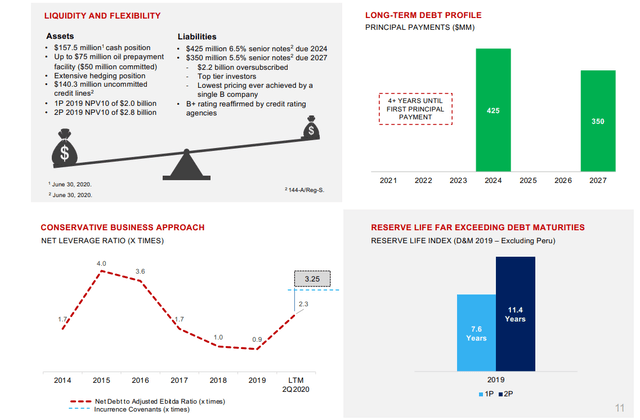 That means there’s significant appetite for the company’s debt. The company’s net leverage ratio to EBITDA has gone to 2.3x versus 3.25x incurrence covenant (covenant based on certain actions). The company’s debt is backed up by a 1P reserve life of 7.5 years and a 2P of 11.4 years. The company needs $100 million in annual FCF to pay down its debt to 0.

At the same time, given the company’s EV, if oil prices remain at $40, the company’s share price can more than double in the next 7 years. That represents double-digit annualized returns.

GeoPark has significant potential throughout its asset base to generate long-term shareholder rewards. 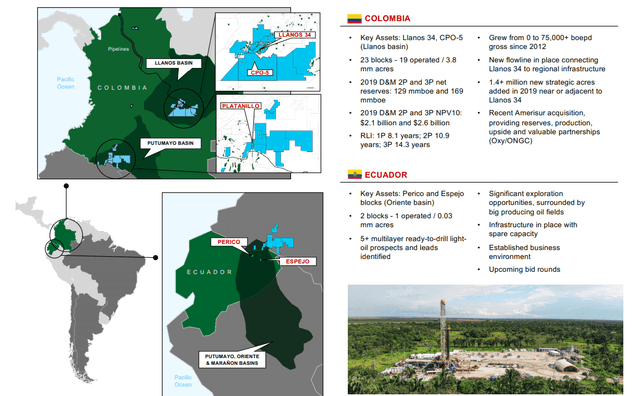 GeoPark’s Pacific assets center around Colombia and Ecuador. In Colombia, the company has turned the assets into a $2 billion NPV from a $30 million acquisition price. The company has 3.8 million acres and a 14.3 year 3P reserve life. The company has room to continue expanding significantly and developing partnerships.

In Ecuador, the company has respectable assets that it’s identified, although it hasn’t started drilling yet. With synergies with the company’s Colombian assets and the potential for upcoming bid rounds, it could expand here significantly. 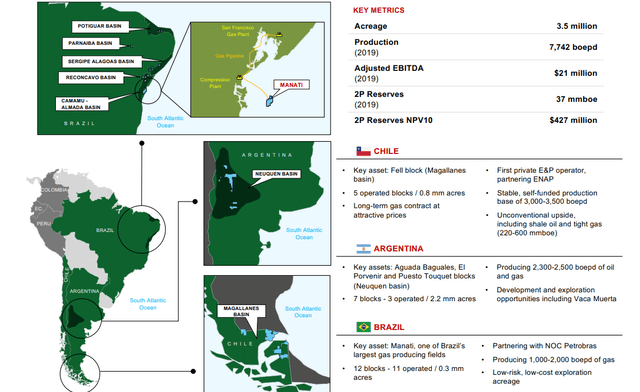 Across these locations, the company has the potential to generate substantial shareholder rewards and growth going forward. That will combine with the company’s main assets in Colombia and its potential expansion into assets in Ecuador.

So far, that hasn’t been an issue. However, it could potentially be an issue going forward. The impact of oil prices on the company is the company’s largest risk over the coming years

GeoPark has an impressive portfolio of assets that’s worth paying attention to. The company is the first true Latin American oil producer, which we believe will be the next major global oil producing region, and with countries like Colombia becoming more stable, the company has the potential to take advantage of the situation.

Putting this together, GeoPark is a quality long-term investment opportunity.

The Energy Forum can help you generate high-yield income from a portfolio of quality energy companies. Worldwide energy demand is growing and you can be a part of this exciting trend.

Click for a 2-week free trial, with an unconditional money back guarantee and 47% off of our popular annual plan! There’s nothing to lose and everything to gain!

Disclosure: I am/we are long GPRK. I wrote this article myself, and it expresses my own opinions. I am not receiving compensation for it (other than from Seeking Alpha). I have no business relationship with any company whose stock is mentioned in this article.

By Stuart Novick, Senior Analyst And we believe they may continue to issue converts to help fuel future growth as well As a relatively small and often overlooked asset class, convertible securities rarely make headlines. […]