Equities: After yesterday’s risk aversion, it appears that a turnaround Tuesday is in order as European equities and US futures recover slightly, led by the tech space. Reminder, this is still the worst period for stocks historically and thus equity markets are not out of the woods yet.

GBP: Another volatile session for the Pound, which printed fresh multi-month lows as the UK announced new restriction measures, which are likely to last 6-months. While GBP had recovered from its early morning weakness, after BoE Governor Bailey stated that last week’s statement regarding negative rates was no policy hint, downside risks remain for the Pound. Alongside this, the currency is likely to remain sensitive to Brexit related headlines.

AUD: Dovish commentary from RBA Deputy Governor Debelle saw money markets raise expectations that the RBA could lower rates further with as much as a 10bps rate cut in October fully priced in. That said, AUD/NZD will also be in focus with the RBNZ monetary policy decision scheduled for 0300BST, however, while little is expected, a dovish disappointed may push the cross lower. (Full preview).

Commodities: Across the precious metals complex, both gold and silver remain on the backfoot amid the pick-up in the greenback. That said, while gold may typically be referred to as a safe-haven, in light of the stretched bullish positioning in the precious metal, it appears yesterday’s price action was largely a liquidation, even more so in silver which plunged as much as 10%.

Looking ahead: Fed Chair will be on the docket today with market participants hoping for some soothing words, while the RBNZ is scheduled during the Asia session. 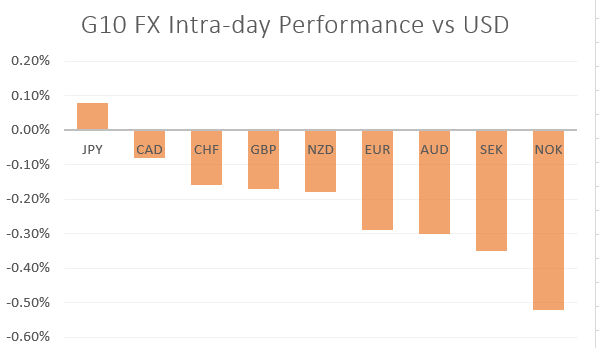 GBP price, Brexit news and analysis: GBP/USD will likely continue to trade in a narrow range as the UK continues to argue that there is no point in resuming the post-Brexit trade talks with the […]

“In War: Resolution,In Defeat: Defiance,In Victory: MagnanimityIn Peace: Good Will.”– Winston S. Churchill Today, we look at a biotech stock that has had a big move over the past year on positive developments in its […]