Unity (U) just might be the best gaming engine you’ve never heard of. Avid gamers such as myself have long familiarized ourselves with Epic Games’ formidable Unreal Engine and Take-Two’s (TTWO) remarkable in-house engine, but few of us stop to consider what’s powering mobile games.

Last year, Unity was used in 53% of the top 1000 mobile games on Apple’s (AAPL) App Store and Google Play (GOOG). Consequently, when the digital content platform creators launched their IPO earlier this week, they were met with great interest.

However, Unity’s success has resulted in popularity from investors beyond its capabilities. Initially offering a target price of $34 to $42 per share, Unity raised their target to $44 to $48 just before the IPO. Upon its IPO, the stock price soared to $70 and has since climbed to $80 at the time of writing.

To understand why Unity has been so successful, we must first breakdown what exactly they do. According to their website, “Unity’s real-time 3D development platform lets artists, designers and developers work together to create amazing immersive and interactive experiences.”

Unlike Take-Two and Epic Games, Unity allows independent game developers to craft their work, no matter their size or budget. That’s not to say that Unity is unfamiliar with gaming behemoth models. Unity CEO John Riccitiello is the former CEO of gaming giant Electronic Arts (EA) and his expertise in the field is profound.

Like many software platforms such as Adobe (ADBE), Unity operates on a subscription basis.

In 2019, Unity’s revenue grew 42% and 39% in the first half of 2020. Over the past 10 quarters, Unity’s dollar-based revenue expansion ranged from 122-142%, suggesting not only consistent growth but rapid growth. Gross margin is up almost 80% and their operating losses are on the decline.

The company also analyses 50 billion in-app events per day across 20 different platforms with apps made with Unity.

Yes, Unity is not currently a profitable company but despite being founded in 2004, the company is still in growth stage. 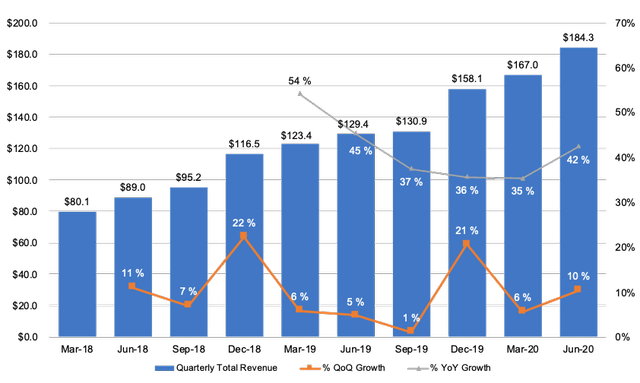 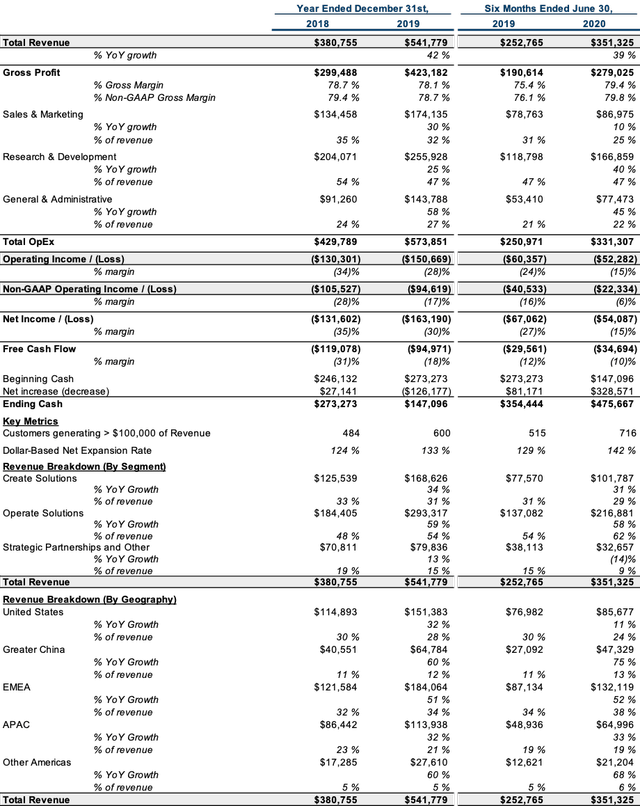 Aside from independent game development, Unity also differentiates itself from its mainstream gaming competitors by offering its platform to other sectors.

Providing 3D immersive environments, Unity’s reach is unrestricted and seemingly unrelated sectors can use their platform to achieve their own goals. The education sector could even utilize the engine to immerse students in significant historical periods. Scientists could render 3D detailed graphics of molecules, particles and organs.

Collectively, Unity estimates their total market opportunity to be around $29 billion with $12 billion coming from gaming.

Additionally, Unity has completed over a dozen acquisitions since 2011, generating revenue streams externally. Finger Food, Artomatix and Vivox are just a few of their companies. 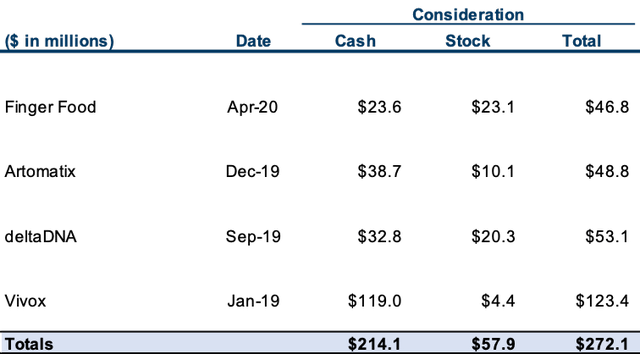 Unity has certainly captured a niche in its field and its success was mirrored in the behavior of its stock price since its IPO. However, in terms of valuation, Unity is sadly too rich for investors looking to jump aboard.

With a current stock price of around $80, Unity’s valuation is around $20 billion. Epic Games is reportedly valued at just $17.3 billion and operates on a much larger scale.

Even with a conservative estimate that Unity grows revenue at 39% instead of this year’s 42%, $753 million works out to be almost 30x sales at $80 per share.

Unity’s original modest target of $34 to $42 per share and even their increased target of $44 to $48 would make the stock worth picking up. Even anything below $55 would still be worth considering.

Unity is undoubtedly a fantastic company and its platform is unparalleled in its field. Capitalizing on the mobile gaming sector as well as branching out into other industries has resulted in a company that deserves to be on your portfolio.

However, the phenomenal interest in the stock has driven it too high for investors looking for value. Perhaps short-term players can make a buck or two but those looking beyond should wait until the inevitable sell-off.

GBP price, Brexit news and analysis: GBP/USD will likely continue to trade in a narrow range as the UK continues to argue that there is no point in resuming the post-Brexit trade talks with the […]

“In War: Resolution,In Defeat: Defiance,In Victory: MagnanimityIn Peace: Good Will.”– Winston S. Churchill Today, we look at a biotech stock that has had a big move over the past year on positive developments in its […]