During my quest to find attractively priced regional banks, I bumped into Western New England Bancorp (WNEB), a small bank operating just 25 branches in western Massachusetts and northern Connecticut. The bank has a market cap of just around $140M: a true nano-cap and I wanted to figure out if this was a hidden gem. WNEB is the holding company for the Westfield Bank, a bank that has been operating for the past 167 years.

I was keen on seeing how the bank performed in the second quarter of the year and my two main areas of interest were checking up on the net interest income and the loan loss provisions.

Surprisingly, WNEB was able to keep its interest income relatively stable, but this was predominantly thanks to an expansion of the loan book as that was the main reason why the interest income got a boost. Meanwhile, the interest expenses decreased thanks to the lower average cost of debt and deposits. 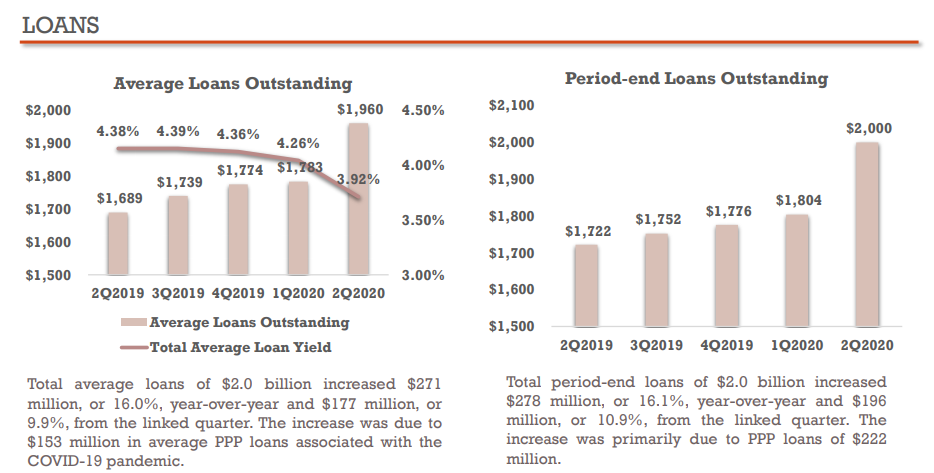 The dividend is safe, and the bank trades at a steep discount to its book value

This means the current quarterly dividend of 5 cents per share remains comfortably covered (for a dividend yield of just over 3.5% so income investors don’t have to be worried. Even with the elevated provisions (the total provisions in the first half of the year were about 11 times as high as the H1 2019 loan loss provisions) the dividend remains safe.

As of the end of June, the equity on the balance sheet represented $229.5M, and divided over the 25.6M shares outstanding as of that date, the book value per share came in at $8.95. These repurchases occurred in the first quarter and considering the bank paid just over $8M to buy back the stock, its average repurchase price was around $8, slightly below book value. It’s a pity the bank hasn’t continued its share buyback program as the current share price would be a serious value booster. As only 117,000 shares can be repurchased under the current buyback allowance, a new buyback program will have to be approved by the board but that shouldn’t be an issue and I think the bank will restart the repurchases as soon as the regulators allow banks to return capital to their shareholders again.

And the current discount to the book value isn’t really warranted. The total assets of around $2.4B contain $225M in securities available for sale (which consist of the relatively safe agency MBS) and a loan book of $2B. A total loan loss provision of $18.3M has already been recorded on the loan book.

About 35% of the loan book consists of residential real estate while the 43% stake of commercial real estate is probably what’s holding the stock back. That being said, of the $1.78B in loans that exclude the $221M in PPP loans, only $12M are past due.

And even if a borrower defaults, this still doesn’t mean the loan is a total loss as the lender can just take possession of the asset and recoup a chunk of the loan if the LTV ratio is low. Additionally, of the $12M of loans past due, only $10.4M are non-accruing. 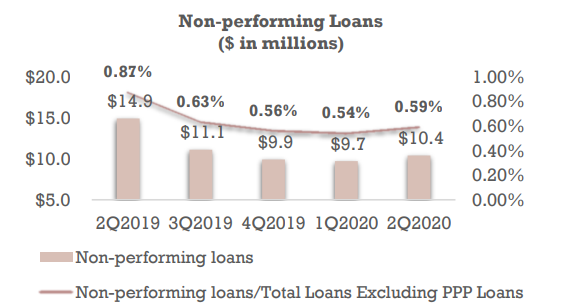 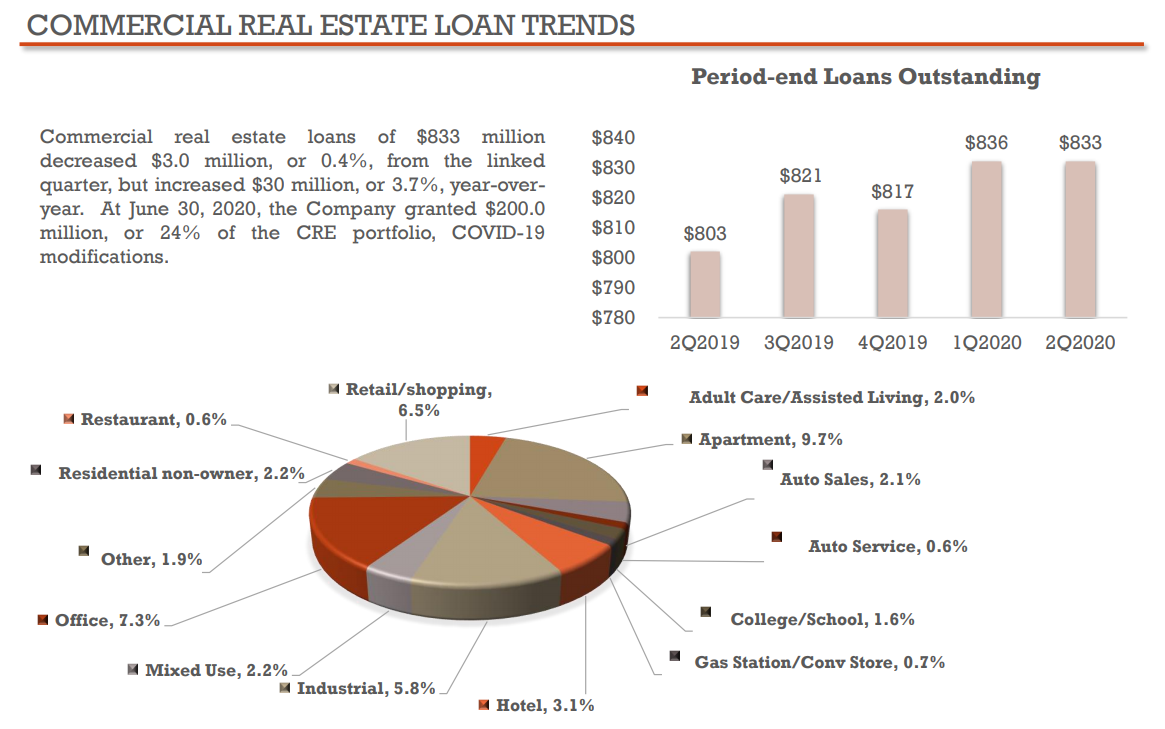 WNEB is an interesting case. On the one hand, the bank is trading at a substantial discount of more than 30% to its book value, on the other hand I’m not too impressed with the profitability of the bank as the pre-provision pre-tax income is just around $20M per year. So even if there would be absolutely zero provisions, the net income would still be just around 60-65 cents per share.

That being said, I am still interested in initiating a long position in this bank, and there are two specific reasons here .First of all, I hope the bank will restart its share buyback program as soon as it’s allowed to do so. As I expect the loan loss provisions to trend down to for instance $2M per quarter, the net income in excess of the dividend would be roughly $1M per quarter, allowing the bank to repurchase roughly 750,000 shares per year. That’s just 3% of the share count but keep in mind that if the loan loss provisions decrease even further, WNEB can aggressively buy back more stock. If it would buy back 1.5M shares at an average of $6 (10% above the current share price) over the next six months, the book value per share would further increase to $9.10 while the tangible book value should continue to trail this by approximately 60 cents per share.

A second reason is the M&A potential. A larger bank could be interested in acquiring WNEB as the bank could be had at a slight discount to book value (including a buyout premium) while there will undoubtedly be synergy advantages.

I currently have no position in Western New England Bancorp, but am considering writing a few Put options with various expiry dates and a $5 strike price in an attempt to get my hands on the stock at an even lower share price.