EUR/USD appears to be unfazed by the Federal Open Market Committee (FOMC) Minutes even though the central bank warns of a protracted recovery, and the Relative Strength Index (RSI) indicates a further appreciation in the exchange rate as it breaks out of the downward trend carried over from late July.

EUR/USD continues to mimic the recovery in global equity prices as the improvement in risk appetite weighs on the US Dollar, and the decline from the yearly high (1.2011) may prove to be an exhaustion in the bullish trend rather than a change in market behavior as the European Central Bank (ECB) appears to be in no rush to alter the path for monetary policy.

In a recent interview with Boersen-Zeitung, Bundesbank President Jens Weidmann appeared to be taming speculation for additional monetary stimulus as the Governing Council member insists that “the monetary policy stance is currently appropriate.”

In turn, the account of the ECB’s September meeting may continue to highlight that the EUR 1.350 trillion envelope for the Pandemic Emergency Purchase Programme (PEPP) “should be considered a ceiling rather than a target,” and the transcript may foreshadow more of the same for the next interest rate decision on October 29 as the economic recovery in the Euro Area appears to be broadly tracking the baseline scenario laid out by the central bank.

Until then, a further improvement in risk appetite may keep EUR/USD afloat amid the inverse relationship between the US Dollar and investor confidence, and it looks as though the tilt in retail sentiment will also persist in October as traders have been net-short the pair since mid-May. 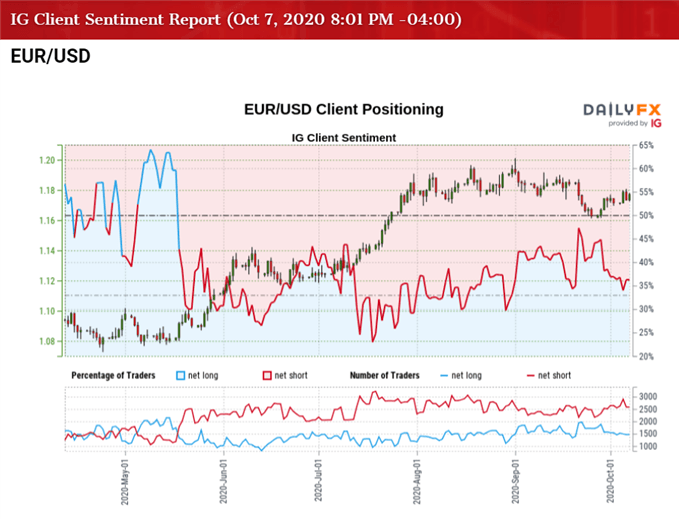 The recent decline in net-long position could be a function of profit-taking behavior as EUR/USD retains the advance from the September low (1.1612), but the growingtilt in retail sentiment may bring back the extreme readings from earlier this year as 38.79% of traders were net-long the pair at the start of the month.

With that said, swings in risk appetite may continue to sway EUR/USD as key market themes carry into October, and the pullback from the yearly high (1.2011) may prove to be an exhaustion in the bullish trend rather than a change in market behavior as the Relative Strength Index (RSI) breaks out of the downward trend carried over from late July.

At Curreen Capital, we are passionate about making smart long-term investments to build your wealth. Since the fund launched in June 2013, we have grown partners’ wealth significantly – outpacing both the S&P 500 and […]

Bitcoin, BTC, BTCUSD Price Analysis: Bitcoin has just set a fresh yearly high, breaking above a big batch of resistance along the way. Can bulls continue to push? While the bullish theme in Gold remains […]