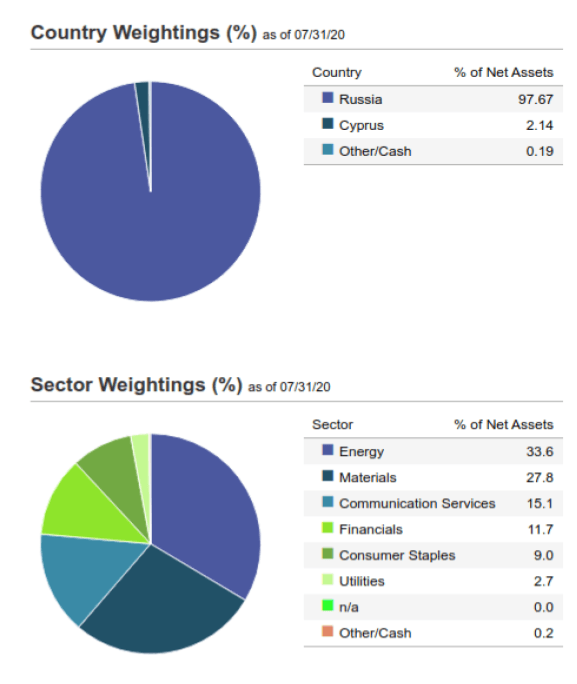 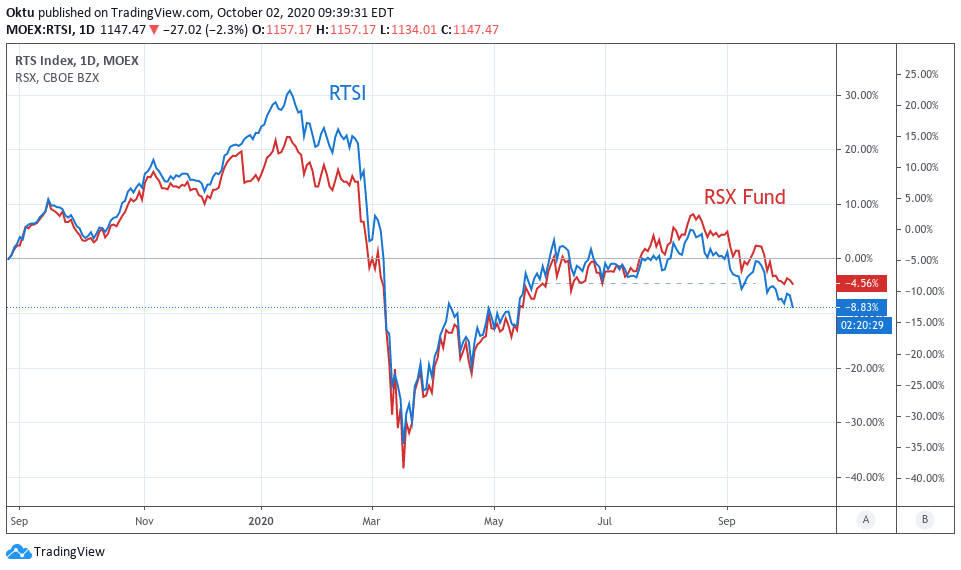 Note: The RTS Index is a free-float capitalization-weighted index of 50 Russian stocks traded on the Moscow Exchange, calculated in US dollars (Wikipedia).

As already mentioned, the RSX is tied to shares of Russian companies that are traded in rubles. Therefore, the value of the Russian currency considerably influences the price of the fund. And in this context, I want to draw attention to some important points. 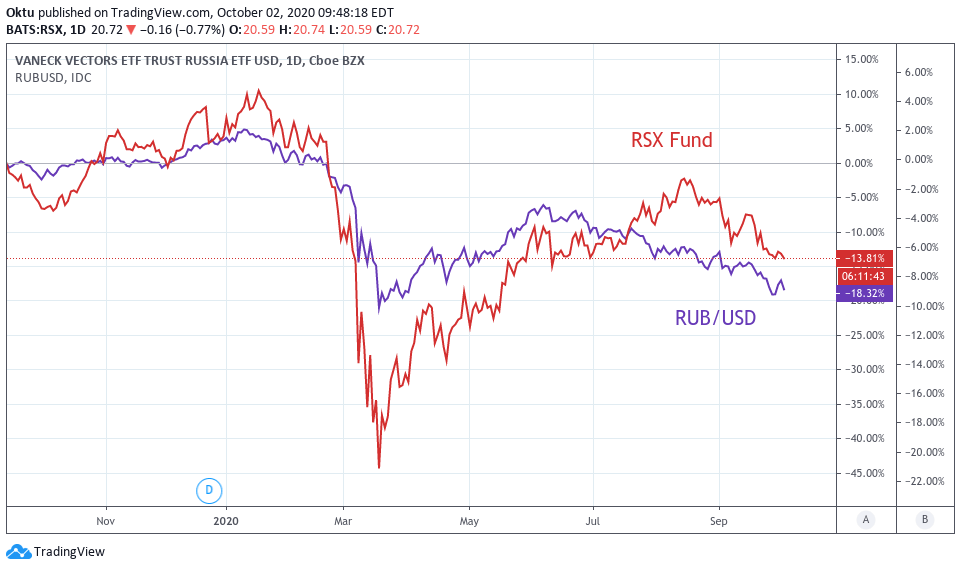 Since the beginning of June, the ruble has fallen by almost 16% against the dollar. This had a proportional, negative impact on the price of the RSX fund. But it looks like the ruble-weakening phase has come to an end and now we can even expect its strengthening. This will prove to be a supporting factor for the price of the fund.

Let’s start with the fact that for the first time in many years, the Russian government has set limits on the size of the net foreign assets of state-owned companies at the level of October 2018. Such an instruction was received, for example, by such major Russian companies as Gazprom (OTCPK:OGZPY), Rosneft (OTCPK:RNFTF) and Alrosa (OTC:ARRLF). Accordingly, this will force Russian state-owned companies to convert surplus foreign assets into rubles. Of course, this will lead to an increase in demand for the ruble in the domestic market.

Further, on October 1, the Central Bank of Russia began selling the currency it received from the sale of Sberbank (OTCPK:SBRCY). Currencies worth 2.9 billion rubles (~$38 mln) will be sold on the market daily. Additionally, the Сentral Bank of Russia continues to sell dollars on the domestic market due to the fact that the price of Brent crude oil is lower than the budgeted level (~$40).

I recently wrote that several external factors are simultaneously pressing on the Russian market at the moment. At first, it is the factor of Belarus. Secondly, the poisoning of Navalny and the associated possible sanctions on the Nord Stream 2 gas pipeline. And thirdly, the war between Armenia and Azerbaijan, in which Russia is Armenia’s ally. In parallel with these events, the ruble was steadily weakening.

Now it looks like the ruble has bottomed out. It is necessary to wait a little for accurate conclusions, but it seems that the factor of Belarus is also beginning to lose relevance. The remaining two factors are still in focus. But at least this is not a situation in which to sell the RSX fund.

Anyone else still following this stock? I hold parcels in both my trading account and longer term investment account so take my view with a grain of salt as currently I’m biased. Technically looks to […]