The Election And The Market

Unlike many other countries, the United States has a federal system of government. The states were the original entities upon our independence. These states then adopted a constitution granting power to a federal government and – with amendments over the years – restricting the power of the states themselves. We tend to think of political issues in terms of federal government activity, but in reality a great deal of relevant governmental activity which affects business still occurs at the state and local levels.

Thus, rent control, zoning, much business licensing, a good deal of “green” energy legislation, and a considerable amount of taxation all occur at the state and local level and are not really affected by a federal election. For example, California recently enacted legislation which undermines Uber’s (NYSE:UBER) business model, various states are considering the legalization of marijuana, and the gambling issue is a matter of constant dispute at the state level. All of these things can affect the value of various equities but are generally unaffected by a federal election.

At the federal level, the US Constitution reflects an ingenious system of “checks and balances” which limits the ability of any single branch of government or any single election to result in dramatic policy changes. Senators are elected for six years so that, in any single election, only one-third of the Senate seats are filled. The Senate is selected upon a different basis from the House of Representatives so that – in order to control both houses – a political party must win elections in both a majority of states and a majority of congressional districts. The president is selected by a system reflecting both of these methodologies but also including electoral votes from an area – the District of Columbia – which has no voting representatives in either house of Congress. The judiciary enjoys life tenure and has the authority to rule on the constitutionality of legislation.

A good way to understand this is to contrast what happened in the United States and the United Kingdom after the Second World War. In the United Kingdom, an election was held in 1945 and the Labour Party won a large majority. With a large majority in parliament and on the basis of this single election, Labour automatically took over the executive branch of the government and was free to enact major legislation which effected massive change by nationalizing important industries and establishing a modern welfare state.

In contrast, the United States had an election in 1946 and the Republicans won a major victory taking control of Congress. However, this single election did not really enable them to roll back the New Deal. The presidency remained in the hands of a Democrat and they had affected only one third of the Senate seats in the 1946 election. They did pass the Taft Hartley bill in 1946, but, by 1948, President Truman ran against the Republican Congress and got re-elected bringing along other Democrats on his coattails.

In the United States, in contrast with countries that have unicameral legislatures and executive branches controlled by legislative majorities, it’s very hard for a single election to lead to massive changes in public policy. For this reason, investors should not be overly apprehensive about the upcoming election.

It’s possible that the Democrats will celebrate a new president and also control both houses of Congress. It’s possible that they will then decide to abolish the filibuster which effectively limits the actions that the Senate can take with fewer than 60 votes. But it’s important to remember that, if the Democrats somehow take the Senate, their slender majority will depend on the votes of Senators from conservative states such as Montana, West Virginia, and likely North Carolina or Iowa and that these senators will be reluctant to vote for anything which could be described as radical change. So – while a decisive Democratic Party victory may create dangers of higher corporate and capital gains taxes and while these measures may be negative for the market – the election itself is likely to leave considerable doubt in place concerning the likelihood of these policies actually being enacted.

Another possibility which could be ominous is that the election process would devolve into an inconclusive series of disputes about ballot counting, lawsuits, and demonstrations leading to uncertainty and the prospect of the seating of a government viewed as illegitimate by a very large portion of the public. This appears to be a real danger and could undermine equity markets, as well as the dollar in exchange markets. In this context, there’s likely to emerge considerable pressure within both parties for a solution but our system does create the potential for a lengthy and, in some ways at least, inconclusive dispute to ensue.

The markets already have exhibited some anxiety about this possibility and were shaky in September. We may be getting to the point at which a degree of this kind of risk is already “priced in.” If so, then a decisive and expeditious result could lead to a significant “relief rally.”

Impact on Sectors and the Stock Markets

It’s always hard to predict exactly how certain political results will impact particular stock market sectors. A great deal depends not only on the presidential election, but also upon which party controls the Senate. The market generally tends to like dividend government so that a Biden presidency with a Republican Senate might be a bullish development. Investors also should note that even if the Democrats succeed in taking control of the Senate, it will be due to victories in red or purple states like Montana, Arizona, Iowa and North Carolina and it will not result in a left/liberal majority willing to take drastic measures.

Regardless of who’s elected, there will be strong pressure for a surge in infrastructure spending in order to sustain an economic recovery. Stocks like Caterpillar (CAT) as well as the steel companies such as Nucor (NUE) should benefit. Utilities and infrastructure funds such as Reaves Utility Income Fund (UTG) would be attractive too (and it is a high dividend CEF).

Regardless of who wins control of the Senate, the president will have control over regulatory policy. We should expect fossil fuel stocks to do better if Trump is re-elected due to friendly regulatory policy. Green energy stocks will benefit more from a Biden presidency although a good deal of their growth has been sustained by supportive policies at the state level and that is very likely to continue.

There may be some tendency for a second Trump administration to challenge tech and social network companies with both regulatory and antitrust investigations. In the short term this could lead to some weakness in share prices. However, investors should be aware that, in the past, the actual break-up of large companies has often turned out to actually benefit equity holders as illustrated in the important cases of the Standard Oil Company and AT&T.

Today, statistics suggest a Biden win. Historically, a Democratic administration has been good for the stock markets as it focuses on stimulative infrastructure programs that’s highly favorable to economic growth. While corporate taxes are likely to be eventually raised, I doubt that a Biden president will do so immediately with the economy being still relatively fragile. He will probably wait until we get back to a full recovery which will not happen until the year 2022. So I expect that any significant tax decision will be postponed for an undetermined period. In any case, as stated above, renewable energy will be big winners in case of a Biden win, such as Hannon Armstrong Sustainable Infrastructure (HASI), Atlantica Sustainable Infrastructure (AY), and Brookfield Renewable Partners (BEP)(BEPC) – all of which are high dividend stocks.

Importantly, the Federal Reserve will not change its current policy and will continue to be highly accommodative with interest rates staying near zero. The Fed will continue to inject liquidity and support the economy as long as the system needs and which is also a big win for equities.

When Biden will eventually decide to raise taxes, this would negatively impact technology stocks which are vulnerable to a corporate tax increase. However, on the other hand, infrastructure stocks and smaller cap stocks will likely be big winners and therefore investors should adjust their portfolios accordingly.

Investors should note that whoever wins the elections, U.S. economic growth is likely to continue to accelerate going into the years in 2021 into 2022 as we get out of the pandemic impact. This by itself should be bullish for equities.

Furthermore, just as after the 2008-09 recession, there will be a mix of fiscal and monetary policy employed to create a stronger economy. No president will want to be blamed for stalling an economy that’s trying to recover from one of the biggest pandemics of the century. Therefore until we see a full recovery, I’m confident that no meaningful changes to the fiscal system will be implemented that would adversely impact the economy or the stock markets.

The most important aspect to note is that extremely low interest rates and massive quantitative easing are set to remain in place. The Federal Reserve is committed. This will lead to higher price/earnings ratios, or higher stock valuations. This also will make dividend stocks extremely attractive as interest rates will remain near zero.

In all scenarios, our view is that this bull market is set to continue and so will the hunt for yield. Investing in dividend stocks with solid cash flows is set to be one of the best winning strategies. Investors should remain invested in this market, and look forward for much better years ahead as the economy will continue to recover.

Philip Mause is a former law practitioner with 40 years experience. He practiced law in Washington, D.C., in energy and communications regulation, as well as SEC litigation, where he gained extensive experience with company valuations. Philip brings 35 years of investment experience, in addition to his unique insight to identify stocks and securities trading at attractive valuations. He holds a B.A. from Georgetown University and his J.D. from Harvard University.​​ Philip has been a contributor on Seeking Alpha for over seven years.

Thanks for reading! If you liked this article, please scroll up and click “Follow” next to my name to receive our future updates.

Which Dividend Stocks To Buy? 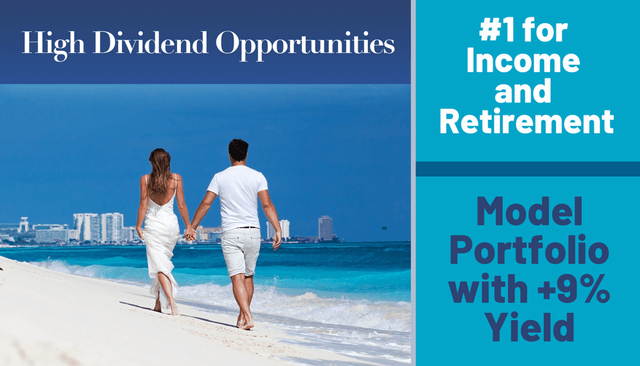 High Dividend Opportunities is the #1 subscribed-to service on Seeking Alpha for the 5th year in a row. We are the most exciting community of income investors and retirees with over 4400 members. Our Immediate Income Method generates strong returns, regardless of market volatility, making retirement investing less stressful – simple and straightforward.

Invest with the Best! Join us to get instant-access to our model portfolio targeting 9-10% yield, our preferred stock portfolio, bond portfolio, and income tracking tools. Don’t miss out on the Power of Dividends! Start your free two-week trial today!

Disclosure: I am/we are long AY AND UTG. I wrote this article myself, and it expresses my own opinions. I am not receiving compensation for it (other than from Seeking Alpha). I have no business relationship with any company whose stock is mentioned in this article.