The status of further fiscal measures is in flux: First, let’s put this debate into context by first looking at several labor market numbers:

Total establishment jobs numbers (left) have recouped about half of their losses from the lockdowns. But the pace of job growth is slowing (right chart).

The labor force participation rate (left) and employment/population ratio (right) have both rebounded. But both also have a long way to go before re-attaining pre-lockdown levels.

During the Spring, this drop in employment had a limited effect on personal income thanks to fiscal support. This is from Liz Ann Sonders’s Twitter feed: 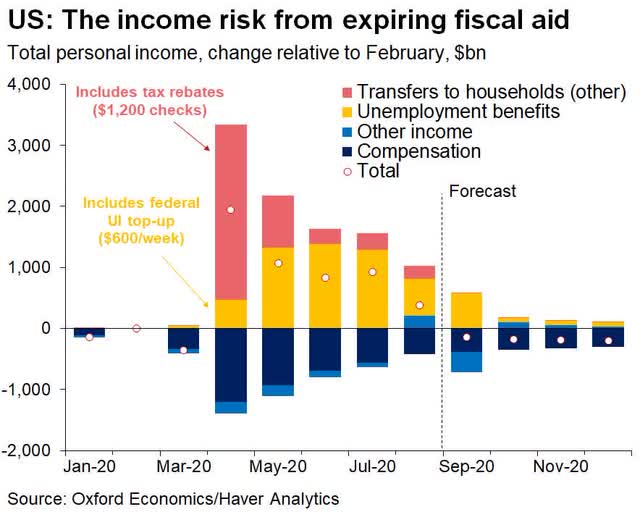 In the Spring, government funds from stimulus checks and unemployment benefits (in yellow and red) more than made up for income losses (in blues). That aid is ending as job growth is slowing. This fiscal support helped to bolster retail sales …

… which are now above pre-lockdown levels.

Economists are concerned about the ending of fiscal support because the recovery is far from complete Fed Chairman Powell’s comments yesterday explain why (emphasis added):

The expansion is still far from complete. At this early stage, I would argue that the risks of policy intervention are still asymmetric. Too little support would lead to a weak recovery, creating unnecessary hardship for households and businesses. Over time, household insolvencies and business bankruptcies would rise, harming the productive capacity of the economy, and holding back wage growth. By contrast, the risks of overdoing it seem, for now, to be smaller. Even if policy actions ultimately prove to be greater than needed, they will not go to waste. The recovery will be stronger and move faster if monetary policy and fiscal policy continue to work side by side to provide support to the economy until it is clearly out of the woods.

Powell doesn’t mention a second rapidly-approaching problem area: municipal and state employment issues. The lockdowns depleted government budgets at the state, county, and municipal level. Without federal support, the economy will likely see rolling lay-offs of governmental workers, which will add to the ranks of the unemployed.

The bottom line is that the economy is nowhere near out of the woods just yet, which is why Powell and the other Fed governors uniformly called for additional fiscal spending.

After yesterday’s sell-off, today’s developments are a welcome change. One again, smaller-cap indexes led the market higher, with micro-caps leading the way. Larger-caps also made advances. Treasuries sold off modestly.

All sectors were higher; the only issue was degree. Three of the four sectors at the bottom are defensive. At the top, the basic materials and industrials pair are in the top three. Tech and communication services are middling performers.

Today, the indexes rebounded from yesterday’s sell-off, undoing most of the damage. Let’s start in the Treasury market:

Yesterday, Treasury prices spiked at the end of trading. This morning, they gapped lower, rallied a bit until early afternoon and then sold off, ending the session near lows.

Mid-caps sold-off at the end of trading yesterday. This AM, the index gapped higher, consolidated gains, and ended the session at year-highs.

The Nasdaq rallied to Monday’s and Tuesday’s highs.

Today’s activity returned the averages to their positions before yesterday’s drop: 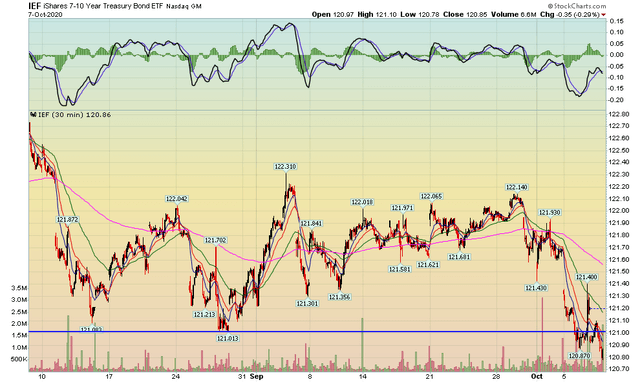 Treasuries are once again moving lower and are near low points for the month. 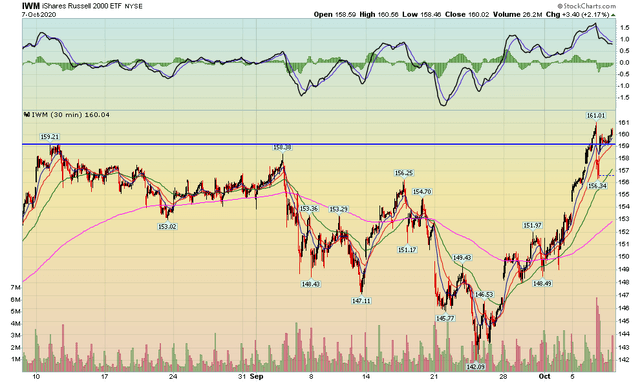 Small-caps bounced back above the 159.21 level. 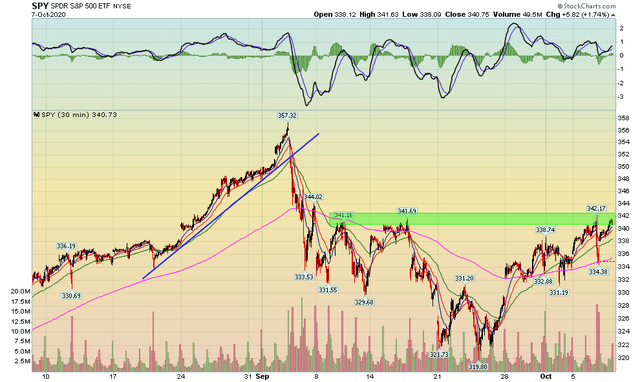 The good news is the markets undid the damage from yesterday’s sell-off. The bad news is that the rally was based on the hope of additional spending, which probably won’t materialize.

2/2 © Reuters. The logo for ConocoPhillips is displayed on a screen on the floor at the NYSE in New York 2/2 By Arunima Kumar (Reuters) – ConocoPhillips (N:) on Monday agreed to buy U.S. […]