It’s been an exciting year for those who got in early in the top-performing gold juniors (GDXJ), but for those late to the party, their portfolios have likely experienced some turbulence. While Freegold Ventures (OTCPK:FGOVF) was the top-performing gold junior heading into July, it’s now the 3rd worst performer in the same period, and anyone that bought in July is now underwater on their position. Some investors might assume that the stock is now undervalued, and it’s time to add as most stocks that undergo 50% corrections are on sale. However, a quick look at sector comparisons suggests that Freegold is nowhere near cheap, trading at $67.72/oz as a low-grade explorer. Based on Freegold’s relative overvaluation, I continue to see the stock as an Avoid, and I would view any rallies above US$1.05 as an opportunity to book profits. All figures are in US Dollars unless otherwise noted.

Freegold Ventures has received lots of attention this year as the company released a blockbuster hole of 188 meters of 3.69 grams per tonne gold in May, an intercept that came in 500% above the current resource grade (0.69 grams per tonne gold). This exceptional intercept sent the stock up over 1000% in less than 60 trading days, leaving the stock valued at a lofty valuation of nearly $375 million for an explorer in the Preliminary Economic Assessment [PEA] stage. Generally, low-grade explorers in the PEA stage with less than 3 million ounces of resources have a hard time commanding a valuation above $200 million.

In order to maintain this valuation, the company was going to need to release some monster intercepts going forward, or investors worried about losing their unrealized gain would begin to cash out. This is why I warned that it was a good idea to take profits if the stock rallied above US$1.00 as I didn’t expect they could see a repeat of drill-hole GSDL-2001. However, many investors kept buying on the assumption that a single hole had changed the whole deposit and that this was now suddenly a high-grade gold system.

Unfortunately, for shareholders, the most recent two holes in the drill campaign have not met expectations. Drill-hole GSDL-2002 intercepted 49.7 meters of 0.93 grams per tonne gold and 136.4 meters of 1.02 grams per tonne gold, which were smaller intercepts at substantially lower grades than GSDL-2001 (188 meters of 3.69 grams per tonne gold). It’s worth noting that these are not near-surface intervals by any means coming in at more than 200 meters below the surface; investors should be looking for grades of at least 2.0 grams per tonne gold at a bare minimum. Not surprisingly, the stock didn’t react great to the news and was down nearly 20%. 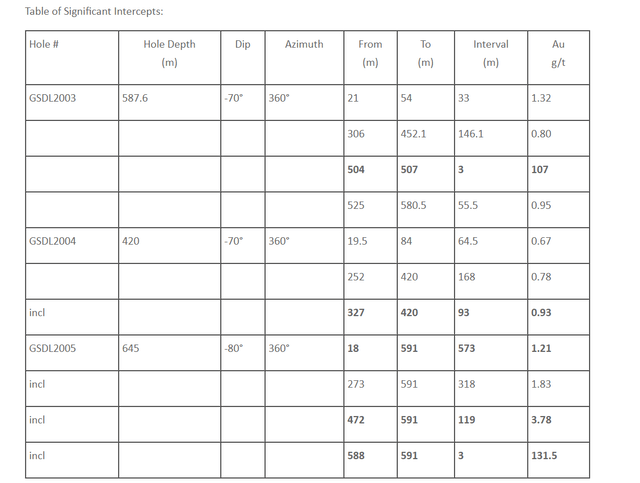 Some investors in Freegold Ventures might point out that the worst is priced in, and the stock can’t possibly head lower as it’s already fallen nearly 50% from its highs. While this would certainly be a valid point in most cases, it’s important to note that the stock is still up 1500% year-to-date based on one exceptional drill hole and four mediocre holes. However, if we look at the current valuation, a $200 million enterprise value is a lot to pay for a low-grade explorer with less than 3 million pit-constrained ounces. Let’s take a look at how the valuation stacks up against other Canadian gold explorers. I am well aware that Freegold Ventures is not a Canadian explorer as it’s based in Alaska. Still, the large database of Canadian explorers provides a way to value the company against its peers, with Alaska and Canada both being Tier-1 jurisdictions.

If we look at the scatter plot above, we can see how Freegold stacks up on an enterprise value per ounce vs. resource size basis, with the company currently valued at $67.72/oz. As shown in the chart above, the stock looks a little expensive relative to peers as the median enterprise value per ounce is closer to $35.00/oz. However, the company does have a decent resource size of 2.95 million ounces. There are a few names in the stock’s vicinity on the chart with similar mineral endowment and a valuation above $70.00/oz. Therefore, this chart is not conclusive in terms of whether Freegold is overvalued or undervalued. It’s important to note that not all ounces are valued equally, which is why the next two charts are quite important.

If we look at the chart above, which compares resource size vs. resource grade, we can see that Freegold is nothing special. In fact, Freegold is one of the lowest-grade explorers in the market currently, with its Golden Summit Project in Alaska coming in at just 0.69 grams per tonne gold. While there are quite a few low-grade projects out there, Freegold has the smallest deposit when it comes to gold grades below 0.75 grams per tonne gold. This suggests that Freegold should actually trade at a discount to its peers as Golden Summit comes in below the median resource size of 3.60 million ounces and well below the median grade of 1.96 grams per tonne gold.

Finally, if we look at the last chart, we can see that Freegold is a massive outlier, with this chart comparing resource grade to enterprise value per ounce. As shown above, while some gold juniors can command valuations of $70.00/oz to $150.00/oz, these are the high-grade gold explorers in most cases. In fact, 80% of gold explorers with a grade of less than 1.25 grams per tonne gold trade at a valuation of less than $40.00/oz. Freegold Ventures has the lowest grade of its peers, except for Artemis Gold (OTCPK:ARGTF), yet trades at nearly double the valuation of Artemis and more than triple the valuation of other peers like Troilus Gold (OTCQB:CHXMF) and O3 Mining (OTCPK:OQMGF). Meanwhile, Skeena Resources (OTCQX:SKREF), Sabina Gold & Silver (OTCQX:SGSVF), and Ascot Resources (OTCQX:AOTVF), which are extremely high-grade projects, are currently commanding valuations of closer to $70.00/oz with 600% higher grades than Freegold.

If we look at how this stacks up against other undeveloped gold projects, we can see that Freegold is ranked 14th out of 15 projects with the highest operating cost profile other than Troilus Gold. Currently, Troilus Gold is commanding a valuation of less than $25.00/oz, so I would argue that Freegold is an outlier. This is because it trades well above the per ounce value of its low-grade peers and well above the per ounce value of the higher operating cost peers as well. This suggests that Freegold is the furthest thing from undervalued, even after a 50% decline in the share price. 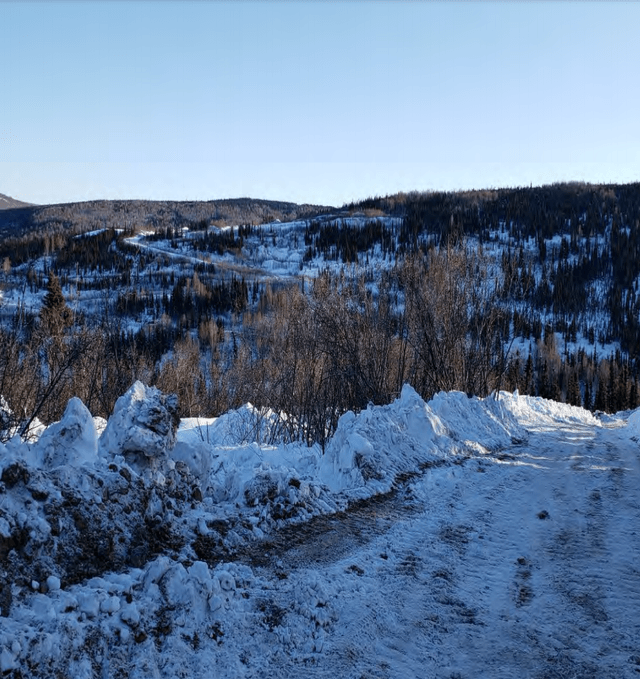 While Freegold Ventures has had a rough few months with a 50% decline in its share price, and most stocks do bounce back, I see no reason for the stock to return to its highs. This is because we now have new information (from GSDL-2002 through GSDL-2005) that tells us that the high grades in GSDL-2001 are an outlier and that there’s no reason to believe Golden Summit is a 1.0+ gram per tonne gold deposit. Generally, low-grade gold projects are valued at below $50.00/oz even in Tier-1 jurisdictions, and Freegold is already trading at $67.72/oz even after the recent correction. In summary, I continue to see the stock as an Avoid, and I would view any rallies above US$1.05 as an opportunity to take profits.

Disclosure: I am/we are long GLD, SKREF. I wrote this article myself, and it expresses my own opinions. I am not receiving compensation for it (other than from Seeking Alpha). I have no business relationship with any company whose stock is mentioned in this article.

Editor’s Note: This article covers one or more microcap stocks. Please be aware of the risks associated with these stocks.

Last month I started a series of articles in which I detail my real-world experiment with writing covered calls against all the stocks in my portfolio. I have now completed the second month of this […]