Amkor Technology (AMKR) looks to be on a roll. The company posted its fourth straight record quarterly revenue when it grew sales and net income by double digits in its latest quarterly report. Yet, Amkor may not be as well off despite appearing to be hitting on all cylinders. Why will be covered next.

Results were above the high-end of guidance. Q3 sales increased by 25% YoY to $1,354M. Bottom-line growth was even more impressive. Net income jumped by 70% YoY to $92M. Higher margins contributed to the big increase. Gross margin improved by 100 basis points YoY and operating margin by 210 basis points YoY. Good numbers throughout as shown below, but there’s more. Amkor will begin to pay a dividend starting in 2021, a sign of long-term confidence.

Continued solid demand in our advanced packaging technologies resulted in the highest quality of revenue in Amkor’s history. Revenue of $1.35 billion was above the high end of guidance, an increase of 25% year-over-year and 15% sequentially. Broad-based demand in the communications and automotive and industrial markets drove both revenue and profitability higher than expectations. When combined with the strong first-half results; we generated $0.87 of EPS in just the first three quarters. This enabled us to further strengthen our balance sheet.”

A transcript of the Q3 2020 earnings call can be found here.

Amkor is quite confident in the long-term business outlook.

Going forward, I’m confident that the growth drivers in the semiconductor industry remain in place. 5G communication, high performance computing; IoT wearables and automotive electronics will continue to drive innovation and technology and manufacturing in the OSAT domain.”

So far, so good. The top and bottom line have grown by double digits and the company believes the long-term fundamentals remain solid.

Amkor seems to be anticipating possible headwinds in the near term

However, while the Q3 numbers were great and the company is optimistic about the long-term outlook, the short-term outlook may be a different story. Guidance calls for Q4 revenue of $1.25-1.35B, an increase of 10.2% YoY at the midpoint. If revenue in the first three quarters was $3.68B and guidance sees Q4 revenue at $1.3B, then 2020 revenue is projected to end up at $4.98B.

Annual revenue is projected to grow by about 23% YoY as 2019 revenue was $4.05B. Not bad, but the rate of growth is slowing down heading into the new year. The forecast also sees net income at $68-115M, a decrease of 7.6% at the midpoint. Gross margin is expected to decline and it is shown in the table below.

Amkor has set a wide range in terms of guidance. Net income could increase by 16.16% YoY at the top-end of guidance, but it could also decrease by 31.31% at the low-end of guidance. Q4 could be a good quarter if everything goes in Amkor’s favor, but it could also be a forgettable one as well. The numbers imply there’s a fair amount of uncertainty in the outlook with Amkor leaning towards the downside. The guidance suggests there may be some bumps in the road ahead, very different from what preceded it.

Why Amkor may be sensing a possible downturn

Amkor provided some more color in the Q3 earnings call when it stated that:

We are expecting the fourth quarter to be another solid quarter with revenue of $1.3 billion at the midpoint of our guidance. This represents a year-on-year increase of over 10% in Q4 and over 20% for the full-year of 2020. Performance will depend in part on the successful launch of next-generation phone models and a continuous recovery of the automotive market, especially in Japan.”

Amkor believes Q4 will turn out to be a solid quarter, but, at the same time, cautions actual performance is predicated on a couple of things happening.

It’s worth mentioning that the launch of several high-end smartphones helped drive communications revenue in Q3 with 30% YoY growth. But if this is to continue, it will have to be because there’s solid demand from consumers for smartphones. If there’s no or insufficient end-user demand, Amkor could see a drop in demand for its packaging and testing services.

In addition, Amkor seems to be suggesting semiconductor revenue was higher than it normally would have been if not for inventory building by certain manufacturers to guard against the possibility of COVD-19 disruptions in the supply chain.

With respect to the communication markets; also there we observed that in the second quarter, there was some inventory built up both on the component material side, just to manage the risk in the third and fourth quarter ramp. Now there is much more confidence in the market that the COVID-19 impact on the overall supply chain is limited, certainly in Asia. So also for the communication market, at least from our perspective, I expect the supply chain to be much more in balance in the fourth quarter.”

Amkor reported seeing something similar in other market segments like automotive. As mentioned before, the communications and automotive segments did better than expected. But the reason why may not be solely due to solid demand. Inventory building could be distorting the numbers.

with respect to inventories, where we report also some inventory build-up specifically in the automotive market at the end of the second quarter. And we now see that, that inventory level normalizes significantly. So the recovery of the end market, which together with the effect of more balanced, let’s say, inventories, we are, I would say, fairly positive with respect to the recovery of this mainstream market going forward.”

Higher-than-normal inventory levels could have skewed the quarterly numbers from Amkor by making it seem semiconductor demand is stronger than it really is. Companies stocking up on chips may have inflated demand for OSAT services from Amkor, putting the recent quarterly performance in a different light.

A normalization of inventory levels could be good in the sense that things are starting to return to normal. But if there’s no more adding to inventories and end-user demand does not pick up, Amkor could be heading to a downturn at some point. Inventory building will no longer be around to prop up demand.

Amkor has not seen much growth over the years

While double-digit growth at Amkor looks impressive, it’s more like the exception than the norm. Amkor has grown by a lot in the last four quarters, but that’s in part because there were quarterly contractions preceding it and the base was lowered as a result. Revenue growth has been relatively slow over the years as shown in the chart below.

The table below shows why the recent quarterly numbers are not representative of what Amkor has done over the years. The double-digit increases in revenue and net income in Q3 are an outlier. This strengthens the likelihood that the 2020 numbers were affected by COVID-19 related distortions such as inventory building.

The table below compares Amkor to ASE Technology Holding (ASX), which is arguably Amkor’s chief competitor in the market for outsourced semiconductor packaging and testing. Amkor trades at lower multiples and has much less debt to worry about than ASE. Note that the numbers for ASE are using an exchange rate of 1:28.5 for the TWD.

Amkor may seem attractive at current valuations, but the possibility exists that recent quarterly numbers may have been distorted by inventory building. The current valuations could turn out to be a mirage due to this. If or when these distortions fade away as is likely in 2021, Amkor could revert back to being what it has been over the years. A company competing in a very competitive market with slow growth in revenue and EPS as a result. 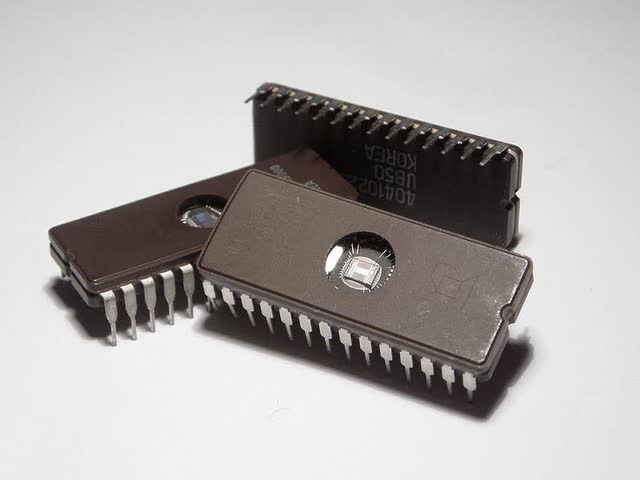 Amkor has a number of things going for it that could be appealing to those thinking of going long. The company seems to be growing very fast after posting four consecutive quarters with record revenues. Both revenue and net income grew by double digits in Q3. Amkor thinks it has become strong enough to start paying a dividend from here on out. Amkor is reasonably priced, especially in comparison to its chief competitor. It appears as if Amkor is hitting on all cylinders.

However, Q4 guidance suggests growth is slowing down and income could even begin to shrink, possibly by a lot. It’s possible earnings could surprise, but that depends on a couple of things happening. For instance, a strong rebound in the smartphone market could power an earnings surprise, but there’s no guarantee that will actually happen. Odds are net income will contract in Q4, a reversal of the double-digit increase in Q3.

Demand has been strong thus far, but the big wildcard is to what extent inventory building may have skewed the numbers. Amkor points to the existence of inventory building in certain market segments. So, while the recent quarterly numbers may look great at first, they should be treated with some caution. Real demand may not be as strong as the headline numbers suggest. Ditto for the company’s current valuations.

I am neutral on Amkor. While Amkor makes some strong arguments in favor of going long, there’s the distinct possibility the company is currently riding a sugar high caused by inventory building. Inventory building does not last indefinitely, which means Amkor may be heading for a correction to even out the recent double-digit increases in growth. Amkor has grown slowly over the years. Odds are it will revert to doing so again.