The autonomous driving market is booming, with more companies developing their autonomous driving platforms. Foresight has high potential in the long run with the ever-increasing demand for the sector and its ability to provide unique solutions to autonomous driving solutions. However, it skyrocketed recently with spiked interest in the field, and it is best to avoid it until there is a correction.

Foresight At A Glance

The company was founded in 2015, and it is working to develop revolutionary solutions for autonomous vehicles ever since. Although automotive solutions are the company’s main focus, they could not get a solid sales deal yet. On the other hand, Rail Vision’s business is going more smoothly, and it is giving investors confidence about the company’s R&D capabilities. 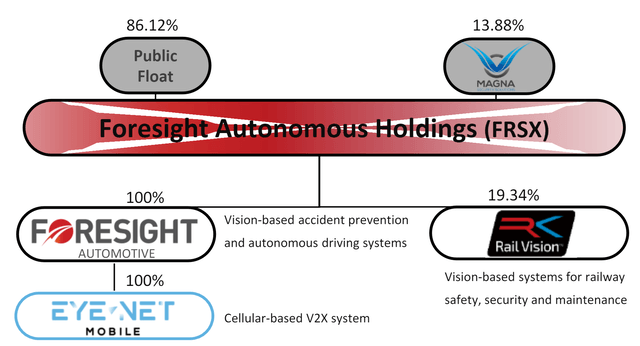 The automotive solutions branch mainly focuses on vision-based accident prevention systems. Their current product is called Quadsight, and it is aiming to create a new vision for autonomous vehicles. Quadsight ensures a safe autonomous drive even during the most extreme circumstances and weather conditions. The technology is based on a complex vision system that creates a 3D view of the environment through fusing stereo visible-light cameras with thermal long-wave infrared sensors. Besides, they are working on a visionary project under Eye-Net Mobile to prevent accidents through a mobile application based system.

December has been an excellent month for Foresight investors so far, as positive catalysts came one after the other. First, the company announced awarded a grant of €20 million by taking part in European Commission’s All-Weather Autonomous Real logistics operations and Demonstration (AWARD) program. Then, Apple (NASDAQ:AAPL) announced its plans to develop the iCar, its autonomous vehicle program. Foresight’s stocks skyrocketed with the news totaling up December gains close to 400%.

Promising Plans But Nothing Solid Yet

Quadsight’s technology is the firm’s main business, and they have been working on this project since the company has been founded. They have partnered with Flir Systems (NASDAQ:FLIR) to develop the product. It is a promising partnership as Flir is an experienced player in the thermal imaging and night vision field. The prototype of the device is ready. They have announced a few more partnerships, one with the Israeli defense company Elbit and another one with an undisclosed Chinese electric vehicle company and the European Council’s AWARD program. Although we don’t have any information about the final product’s effectiveness yet, it seems promising as they already have a couple of possible partnerships on the table.

Moreover, it is a positive sign that the company proved its R&D capabilities through its Rail Vision branch’s success. Rail Vision’s valuation grew more than ten times, from $4.4 million to $50 million since the first investment of Knorr-Bremse. Also, Elbit Systems (NASDAQ:ESLT) are known to be a high technology defense company, and it is a good sign that they are interested in the Quadsight product and already bought some prototypes. 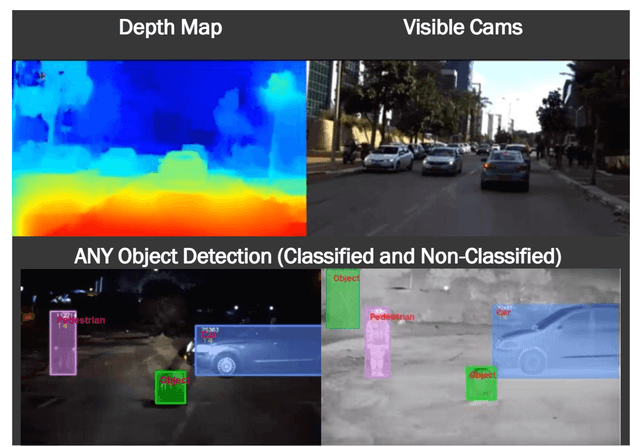 Still, Foresight does not have a major solidified sales deal other than small projects and prototype sales. Therefore the company is burning cash without any sales. It is normal for a microcap autonomous vehicles start-up to burn cash, but it has been five years since their foundation, and one could expect to have more solid deals by this time. 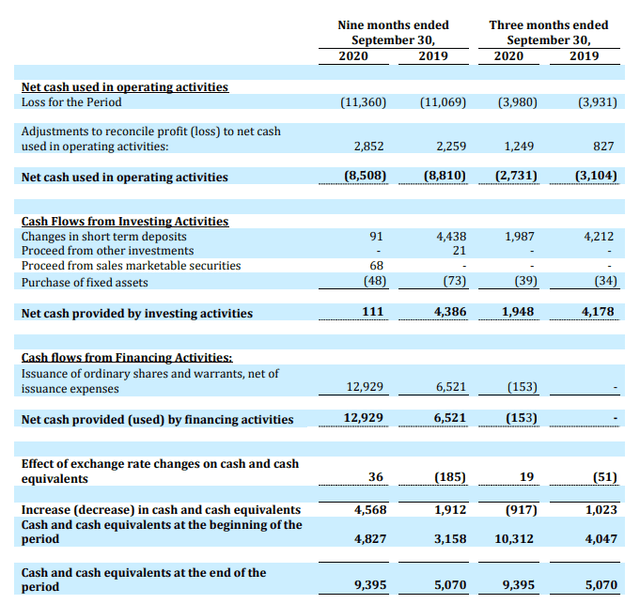 On the other hand, more technology companies are shifting their interest in autonomous driving solutions, and bigger fish in the sea may want to acquire Foresight to grow faster by accessing their know-how in the field. Thus, we can see an acquisition just like the Rail Visions’ acquisition by German Knorr-Bremse. However, the Automotive branch is likely to be valued way above the Rail Vision as the addressable market is way bigger, and competition is fierce in autonomous vehicles.

Eye-Net Mobile’s technology brings a revolutionary perspective to road safety. The platform provides accident prevention futures of smart cars by alerting vehicles and pedestrians on the road. In case of an accident, it automatically calls emergency services to your area. It also provides data about the roads’ safety by analyzing big data and predicting through an AI.

It is a groundbreaking technology that is taking its baby steps right now. Pilot-tests are going on in Japan in partnership with a multi-billion dollar corporation. Additionally, it already received patent approval as an accident prevention solution from U.S Patent and Trademark Office.

This idea has various other possible applications, and it can change the way we are looking at traffic and car accidents if it can achieve success.

Foresight had a stellar rally with the positive news and microcap rally in December, but momentum can change swiftly if the positive announcements stream fades. The stock is likely to have a correction as it spiked with Apple’s interest in the field, which has no direct implications on Foresight as they have not announced any partnerships or talks. It was a speculative rise with the vast attention the sector got, and it is risky to take a position on both sides due to high volatility.

To sum up, Foresight is a promising start-up in the growing autonomous vehicles market. The company has a bright future, but it has not proven itself yet. The market appreciated its positive outlook in line with the sector, and the stock had a robust rally this month.

Although the rally can continue further, I believe it is risky to take positions in this price range without further developments and partnerships announced. I think it is best to wait until clouds are clear and the company starts making some sales of the Quadsight product.