The current state of the market structure is described in the Market Structure graphic below. The graphic shows that securities exchanges appear in two forms – securities markets and index spot markets (ETFs). Futures markets, however, have no second form.

The article made the case for adding a hybrid market, intermediate between spot and futures markets. This new hybrid market would trade exchange originated instruments (EOIs) that are traded like futures but settle by delivery of a spot instrument originated by the listing exchange.

In comparison to futures markets, this both-spot-and-futures exchange would have a critical advantage – the control of the futures contract’s associated spot market. The added capability would prevent the type of disaster looming over the CME Group (CME). CME is in danger of losing its biggest ticket, Eurodollar futures, because LIBOR, Eurodollars’ associated spot market, is dying. The underlying weakness that the Eurodollar market exemplifies is pervasive in futures-only markets. Futures markets lack control of their related spot markets.

Perhaps the greatest advantage EOIs provide to a securities or futures exchange is that both spot and futures are in sole exchange control. The advantages are many:

The “New Market Structure” graphic below displays the location of the market within the broader structure of exchanges generally. The market could be described either as a spot market for indexes traded like futures contracts or as a financial futures market with self-settling futures contracts.

In the second article, I described a way to create two exchange-traded index instruments – secured Treasury-like indexes, and commercial paper-like indexes. What do they do, why do we need them, and how will they perform their function? In a nutshell, the two new indexes augment the Secured Overnight Financing Rate (SOFR), the current regulator-supported LIBOR replacement index. Here are the functions, reasons, and means.

The “Where LIBOR Was Used” graphic : 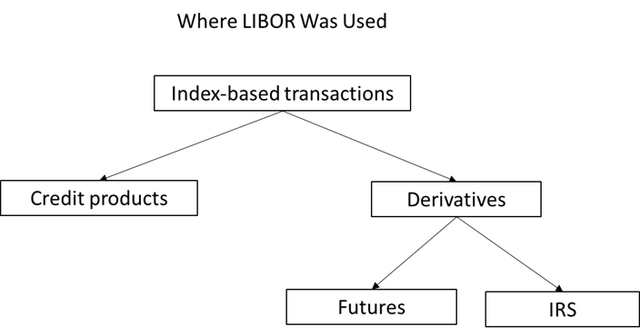 Originally LIBOR served as a pricing basis for two kinds of instruments:

In the second earlier article, I described a way to create spot instruments that would replace LIBOR in its function as a credit pricing index and as a delivery vehicle for Eurodollar futures.

The two major complaints of the commercial banks and firms that use LIBOR now is that SOFR is a secured interest rate and that SOFR, an overnight rate, is not forward-looking as LIBOR is.

But, since the 2007-2008 Financial Crisis, Treasury-collateralized overnight risks have become more important for the larger financial institutions and agencies since they finance themselves with repo instead of term deposits. That is one reason LIBOR is dying – larger global banks no longer finance themselves with wholesale term deposits. And what is more, they often acquire Treasury-collateralized assets.

Smaller regional banks, on the other hand, more often borrow at the commercial paper rate and write unsecured credits. Thus, their interest in AMERIBOR, the unsecured counterpart of SOFR. In other words, an overnight index may be all the world needs during the Fed-declared freeze on interest rates to combat COVID-19’s economic effects. But after the freeze comes the thaw. And with the thaw, interest rates will spring to life. With life comes risk and the need to hedge. Then the markets may well need other indexes.

Where do we go from here? 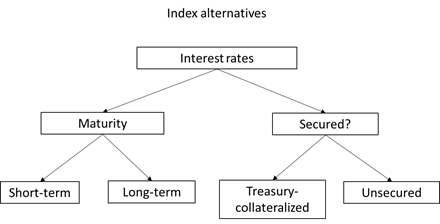 In a maximalist approach, listing all the possible indexes that could be generated by an exchange offering EOIs, the world’s exchanges would provide both secured and unsecured indexes. They would also be available at multiple tenors, both short- and long-term.

And the absence or presence of demand for the instruments during this unusual COVID-19 inspired interest rate lockdown should not inspire exchanges to withdraw unused offerings immediately. Without the underlying interest rate risk, there will not be much reason to choose one hedging vehicle over another. All four boxes on the bottom row of the chart would then be available to market users as each instrument is listed over the next few years.

A market too far

Continuing to adopt a maximalist approach, the market would decide whether interest rate swaps are superfluous or not. Certainly, there are reasons to believe that an interest rate swap (IRS) replacement might be an improvement over the status quo. What is wrong with the IRS?

In an earlier article, I describe the IRS’s many failures as a market.

No standard valuation: Because an IRS is quoted at an interest rate, and because buyer and seller do not adopt, by rule or custom, a common valuation model; buyer, and the seller, might be trading because of buyer’s unique valuation formula – relating the quoted interest rate to buyer’s estimated lower price – may simply produce a swap valuation that is less than seller’s valuation. As a result, both traders book a profit on the same swap, even though in the end, only one can have made money on the trade.

No negotiability: If Bank X enters a swap as a buyer with Bank Y, and Bank Y enters the same swap as a seller with Bank Z, does Bank Y have no position? 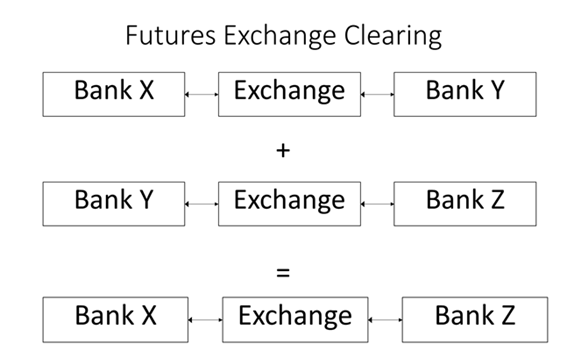 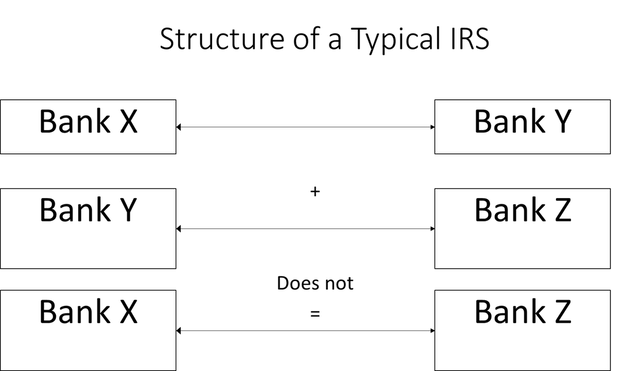 Excessive credit risk: The excessive credit risk of an IRS is a result of its OTC status. There is no daily market to market in cash at a single exchange-determined price. Each of the three parties involved in the transaction; buyer, seller, and CCP; have a separate valuation, described here. In the case of bankruptcy of one of the two counterparties, the difference in valuations will be settled in favor of the solvent party – the only party with skin in the game. The bankrupt party will have no standing. The CCP will not care, as long as the CCP does not need to pay either party in settlement.

Systemic risk: IRS’s are a source of systemic risk because a bankrupt party that fails to pay will drive the CCP to resort to its sources of capital. The capital of the CCP will not withstand a major fail. Thus, the burden of paying for the bankrupt party’s failure will fall upon the member of the clearinghouse that sees the greatest advantage in assuming the cost of bankruptcy. In the case of Lehman’s colossal fail, that member was Barclay’s (BCS).

The ideal IRS replacement would be marked to market in cash daily, to an exchange-traded market price. There are two ways, at least, that market participants could replace an IRS. The first is simple, but not identical to the payments stream of an IRS. The second is more complex and requires a listing of a Eurodollar-like strip of futures contracts.

It would be consistent with the maximalist spirit of this article to list both kinds of markets and allow users to select the IRS substitute for their choices.