Gold prices fell slightly on Monday, extending a three-day decline after pulling back from key resistance at US$ 1,870 last week. The DXY US Dollar index edged lower alongside a broad “risk-on” rally in Asia-Pacific equities, but this apparently appeared failed to inspire gold traders to take risk for now. Nonetheless, a packed economic calendar towards the latter part of this week may hint at heightened volatility in currency and commodity trading: the FOMC meeting on January 27th, US Q4 GDP on 28th and Core PCE inflation data on 29th.

Both gold and crude oil prices have exhibited historic negative correlation with the DXY US Dollar index, with their past 12-month correlation coefficients with the DXY at -0.80 and -0.58 respectively. 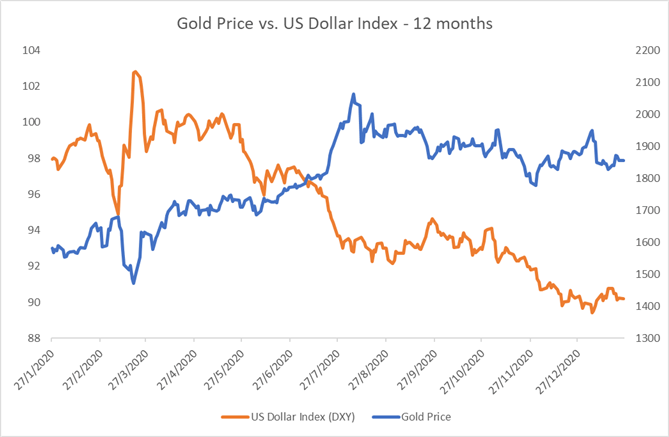 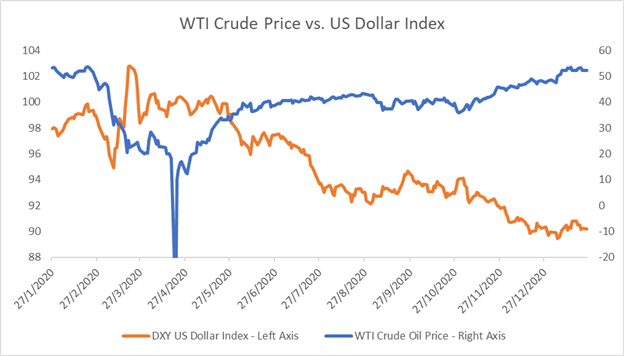 Technically, gold prices have hit an immediate resistance level at US$ 1,870 and have since entered a consolidation. Prices broke below the “Ascending Channel” in early January, indicating strong near-term selling pressure (chart below). The overall trend remains bearish-biased as suggested by the downward-sloped moving average lines. Immediate support and resistance levels can be found at US$ 1,807 (previous low) and US$ 1,870 (76.4% Fibonacci retracement) respectively. 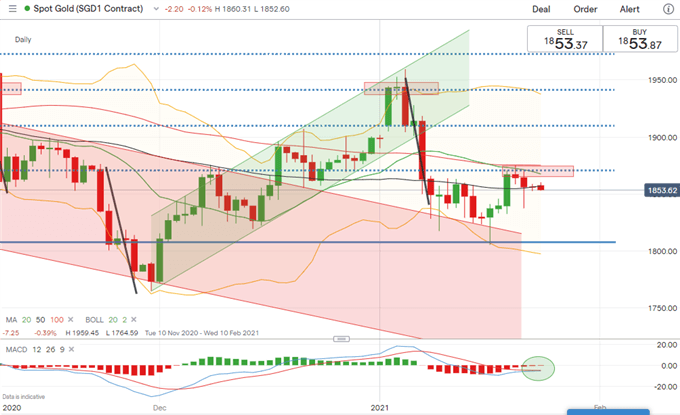 Technically, WTI appears to have formed a “Double Top” pattern as highlighted in the chart below. The pattern may hint at a deeper pullback with an eye on US$ 49.52 (100% Fibonacci extension). The overall trend remains bullish as suggested by the upward-sloped moving average lines. A bearish MACD crossover, however, flags risk of a near-term pullback. 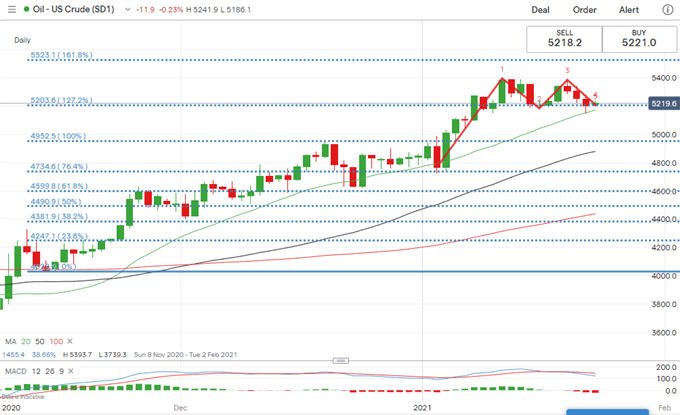 Island Pharmaceuticals is a drug research and repurposing company, focused on developing preventative or therapeutic drugs for viral infections. The Company has a lead program in dengue that was initially developed by Island’s wholly owned […]