News Ticker
So I’ll start with the seasonality chart:

Re. the GME story: 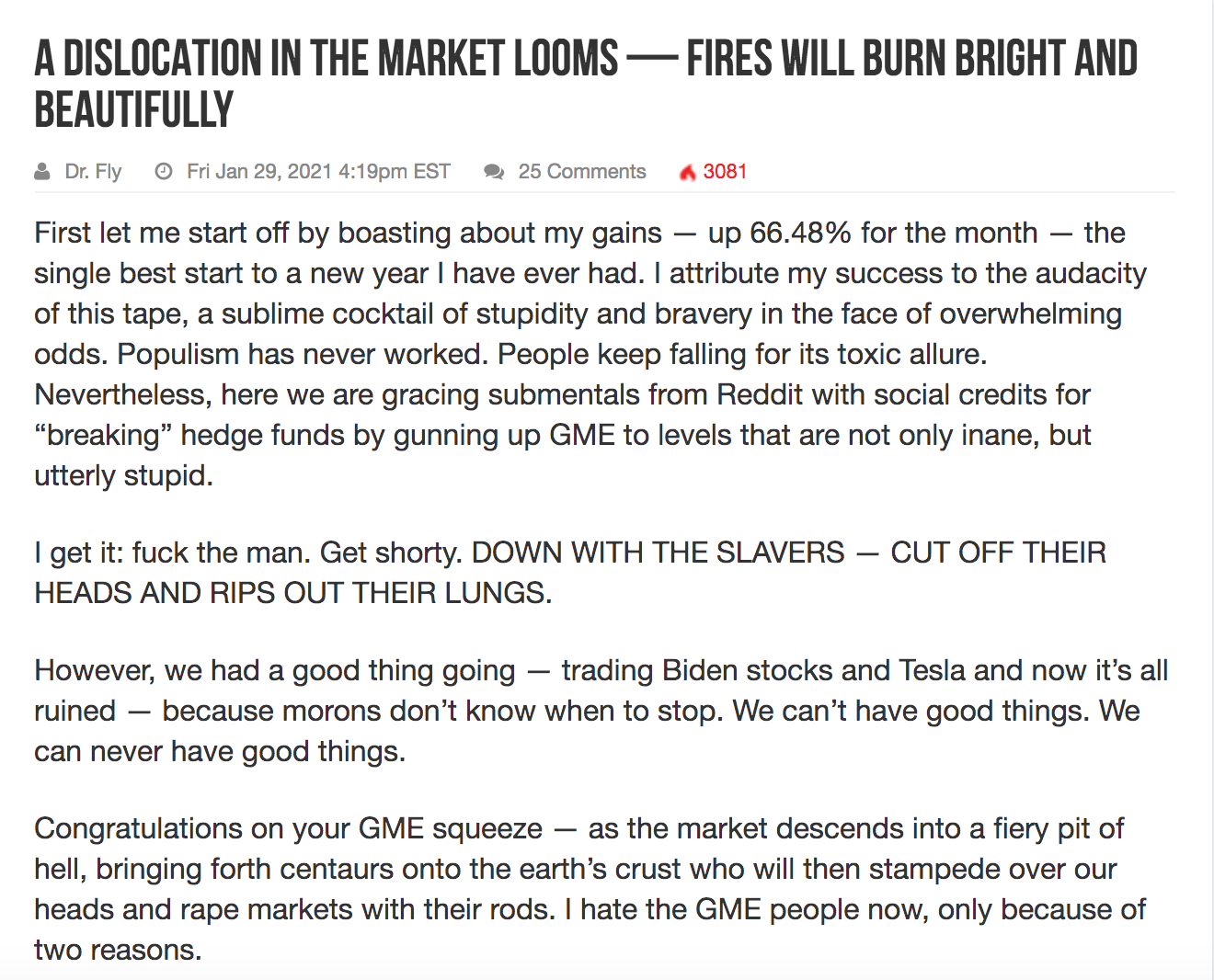 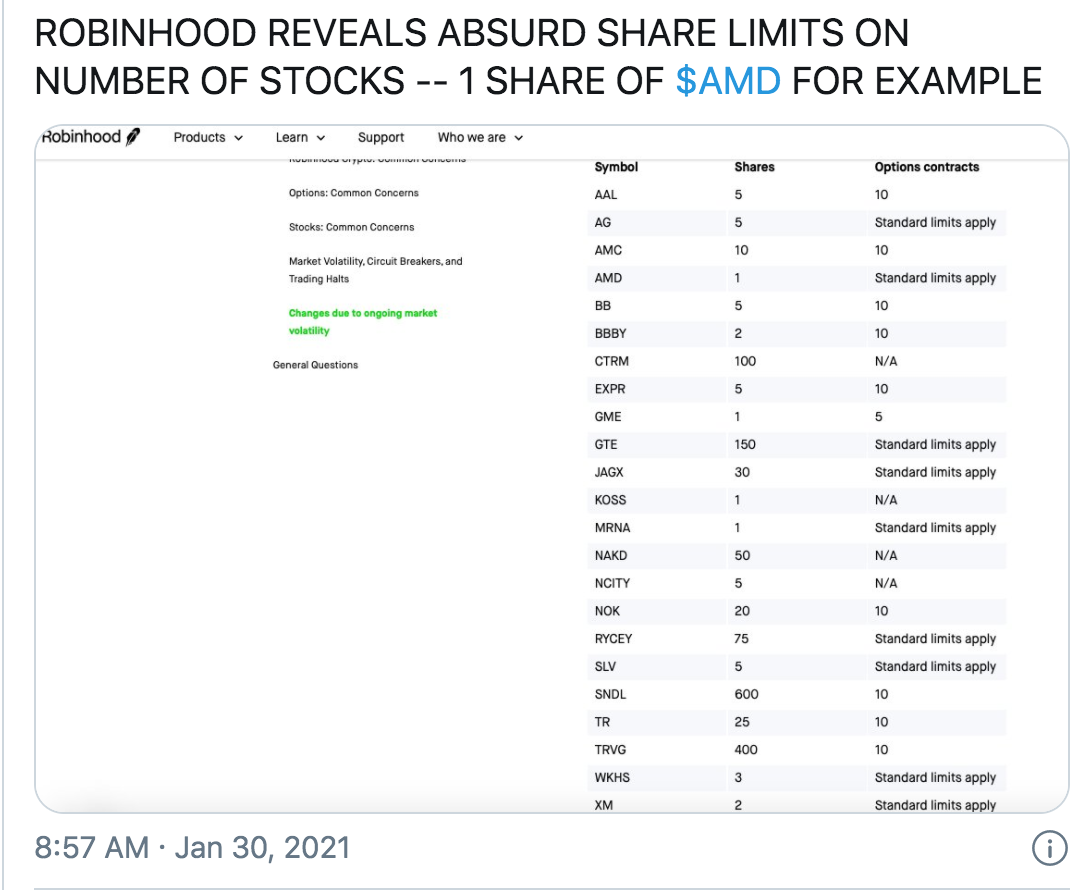 Liquidity is going to be an issue: 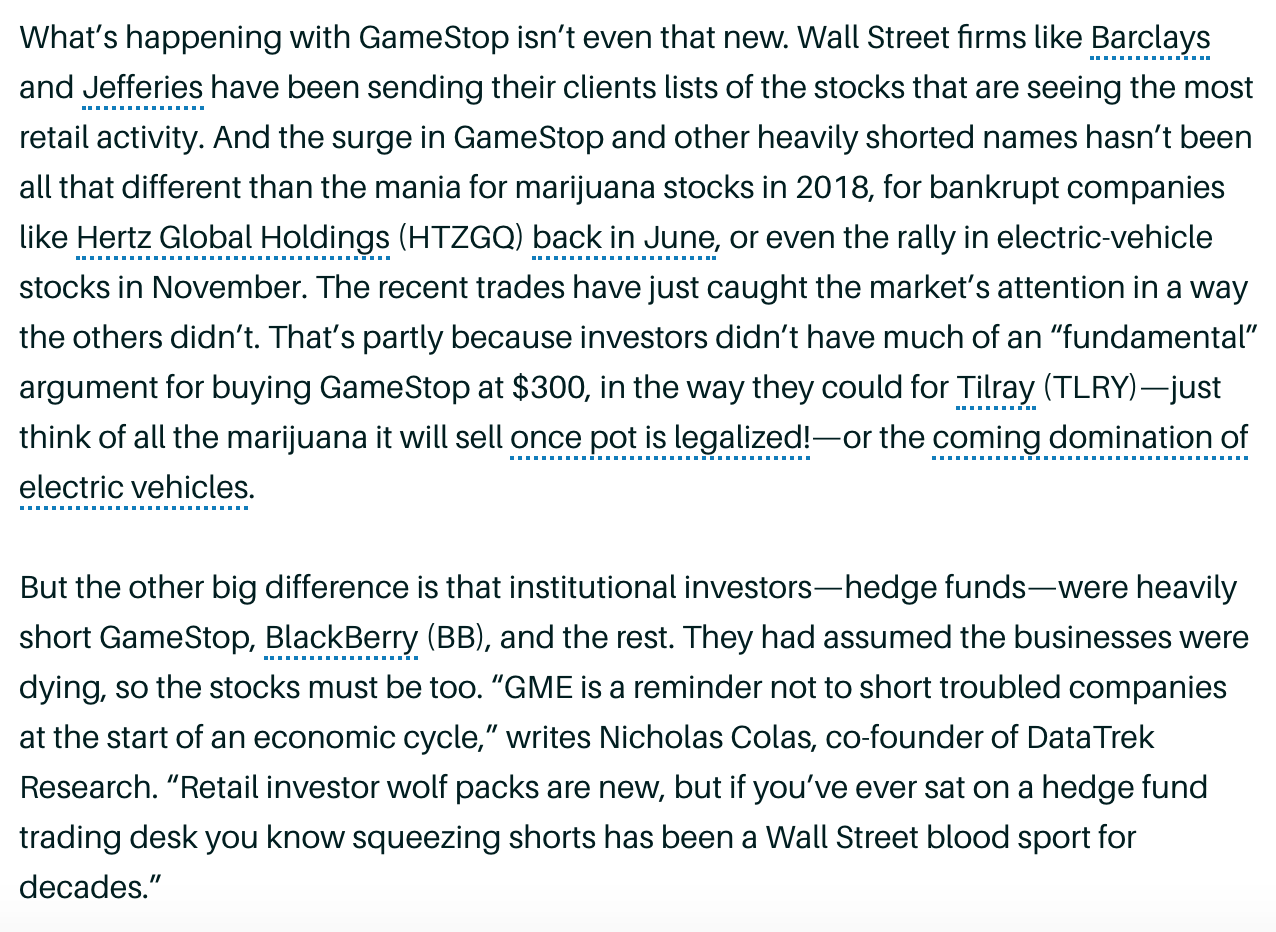 Illiquid stocks (small caps) always make for the best targets in any sort of manipulation. 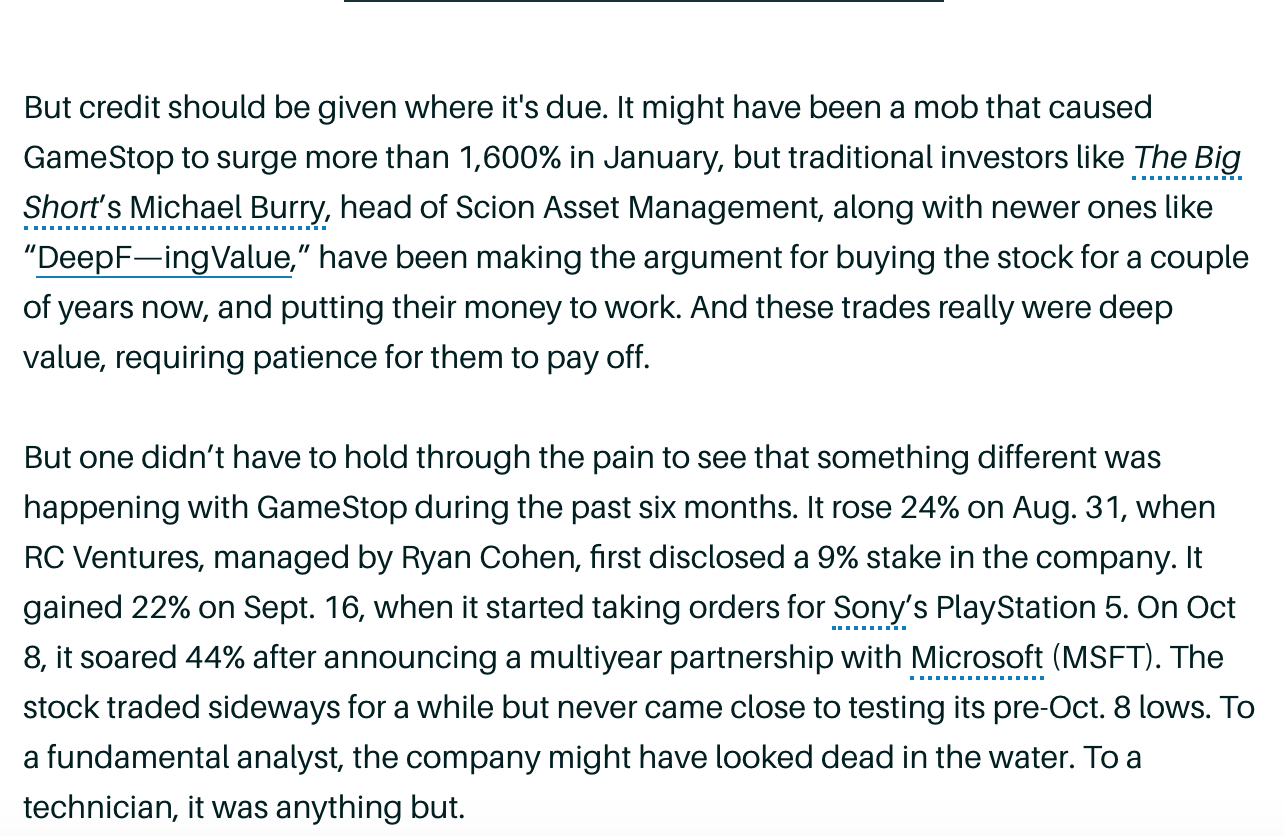 So what actually happened is that a big Fundie (Scion) started soaking up shares in a small illiquid name. Some other fundies came on board, then some technical traders and the icing on the cake, the mob aided and abetted by Hedge Funds.

And lose them they will. If they truly believe their own press, the market will teach them an expensive lesson.

Already highlighted is the VaR issue: if triggered, this can generate selling from serious players, which will move the mega-caps, never mind the small and micro-caps. The issue as highlighted is that the market is a complex system linked by oooodles of leverage. Leverage amplifies vol. Vol. has jumped by 50% over last day or two x leverage of X. De-leveraging means selling stuff that you are long and/or adding to your short book. Either way, selling pressure will outstrip buying pressure.

The ‘buy-the-dip’ will be back, but probably not on Monday. I think we see another 5%-10% decline before the BTD players step-up. The Bull is far from dead, but even Bull markets can have nasty dips.

© Reuters. The logo of German carmaker Volkswagen is seen on a rim cap in a showroom of a Volkswagen car dealer in Brussels FRANKFURT (Reuters) – Volkswagen (DE:)’s namesake brand plans to more than […]